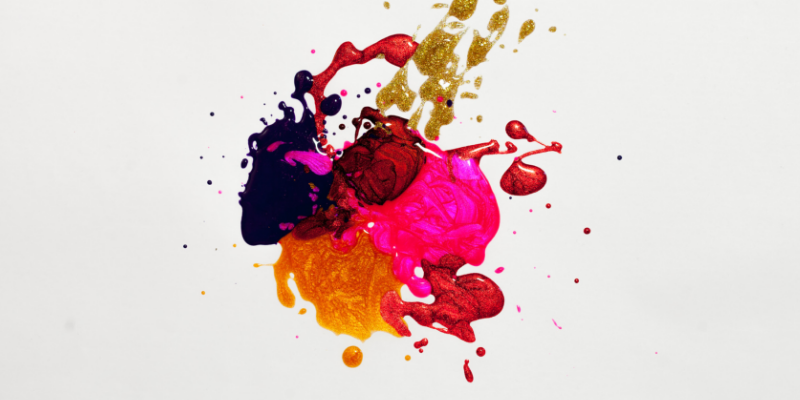 Today’s graphic novels, while kin with the comic books that pioneered the genre, their diverse stories, art styles, and narrative voices have burst through those old boundaries. Whether you’re new to graphic novels or you’re a connoisseur, these new releases need to be on your radar. If you’re a newbie, these are great entries that show the range and impressive promise of graphic novel storytelling. If you’re an old hand, these are titles that bring new spirit and creativity to this already incredible genre. 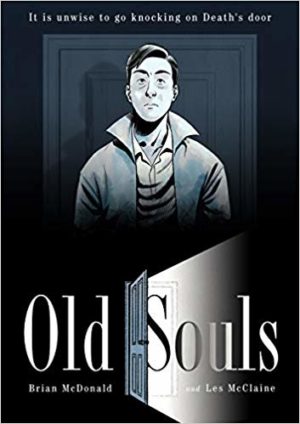 Brian McDonald and Les McClaine have brought us Old Souls, a story about a world in which you can unlock and live through your past lives by using a form of hypnosis, and for Chris it very quickly becomes something of an addiction. After meeting an elderly homeless man named Jack who claims to have known him in a past life, Chris is dragged into a world in which he gets to re-live everything and everyone he has been, but he soon starts to slip further and further away from his family and those that care about him, and an unhealthy obsession begins to develop. Both McDonald and McClaine are masters in their respective fields and together they have created something truly beautiful. 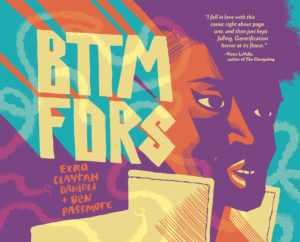 BTTM FDRS by Ezra Claytan Daniels and Ben Passmore is an important narrative and stylistic entry into the graphic novel cannon, which currently lacks in the area of Afrofuturism. But more than offering a stellar instance of Afrofuturist style, BTTM FDRS, much like Jordan Peele’s Get Out, explores the horror/comedy of everyday social injustices–gentrification, in this instance. The symbolism of an insidious force drawing evil power from the oppression of a vulnerable group is intentionally evident–and it becomes the source of both biting satire, absurdist comedy, and genuine, well, horror. Brilliant, striking, unique, compelling, and just a damn good read, BTTM FDRS is a triumph. 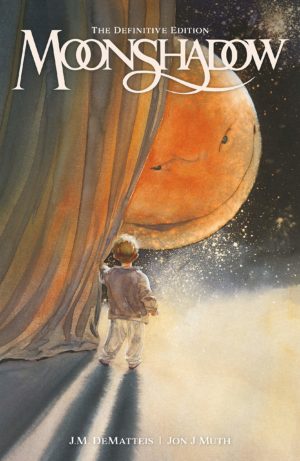 It is such a milestone to see this book back in print. The first fully painted graphic novel, Moonshadow was originally published by Marvel Comics’s Epic imprint in 1985, and then again by DC comics in 1998. There have been a few collections of the complete series, including a limited signed edition by Graphitti Designs, but now Dark Horse has stepped in with a new complete collection, and they’ve done an admirable job on the production value. The titular character, Moonshadow, is the child of a 60’s flower child and a orbish alien. Moonshadow, his cat, and Ira, a fairly obscene alien, wander through the stars as Moonshadow searches for his father and the reasons for his abandonment.

The paintings by Jon Muth are really well done, and Dark Horse’s reproductions do them justice. Moonshadow is an odd book, and one that should have gotten wider recognition but that was probably too early for its time. It’s a book that will appeal to a broader audience when presented in a complete package like this. Get it before its out of print for another 20 years. 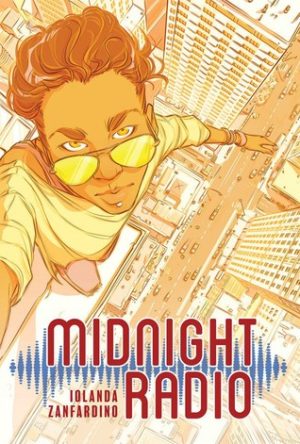 In Midnight Radio, four strangers in San Francisco grappling with various life struggles from sexuality to PTSD, are unexpectedly brought together by a mysterious late-night radio message that changes their lives. Artist Iolanda Zarafardino’s style is beautiful and captivating, its color palette warm and striking, and the story feels personal, topical, and important. The characters put us affectingly in their shoes, making the issues they struggle with feel raw and real. It’s an important work and a compelling story done in beautiful style. 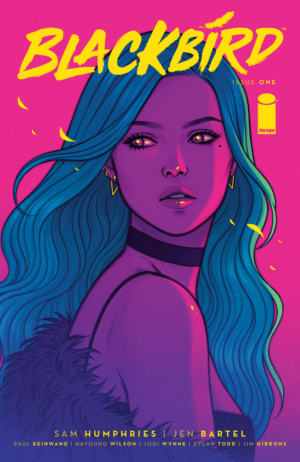 Blackbird is the story of Nina Rodriguez, a young woman who lost her mom at a young age and become obsessed with the idea of a secret society of Paragons, or wizards, and is treated as if she is crazy for it. All that changes after a giant monster kidnaps her sister and she is thrust into a world that she had always hoped to find, but nothing is as it seems, and she soon finds that everything that she knows has been a lie. Sam Humphries, Jen Bartel, and the rest of the team behind Blackbird have given us a fantastic and beautiful story full of intrigue, and I cannot wait to see what comes next in the series. 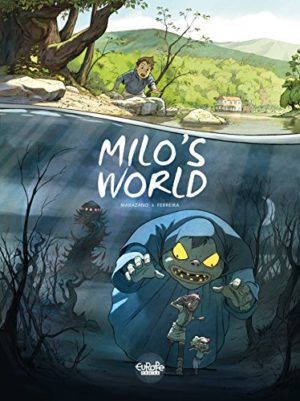 Richard Marazano and Christopher Ferreira bring us the story of young Milo, a boy who stumbles across a magic goldfish that brings him to another realm where he must help stop an evil sorcerer. With the help of a thief, a goldfish, a grumpy villager, and his aunts, he will help to restore peace to a world on the other side of the lake. Milo’s World is a very sweet story with a charming cast of characters with an adorable art style that draws you into the story. Marazano and Ferreira do an amazing job with what is sure to be a beautiful and charming story. 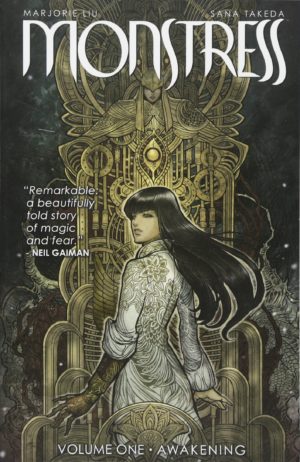 I don’t even know where to begin with this book, Marjorie Liu and Sana Takeda have won multiple awards and received high praise for this beautiful graphic novel already, and I can see why. The story follows Maika Halfwolf as she hunts for a link to her past, and those that hunt her for the crimes she has committed in an attempt to find freedom. Accompanied by a talking cat, a fox-child, and an eldritch abomination, they are continuously and viciously pursued as they try their hardest to stay one step ahead of everyone. Anyone looking for something new and unique needs to pick this up; the artwork is beautiful, the story is full of beautifully done characters and environments and features a matriarchal society, and the world building is staggeringly deep. Do yourself a favor and get a copy as soon as you can.