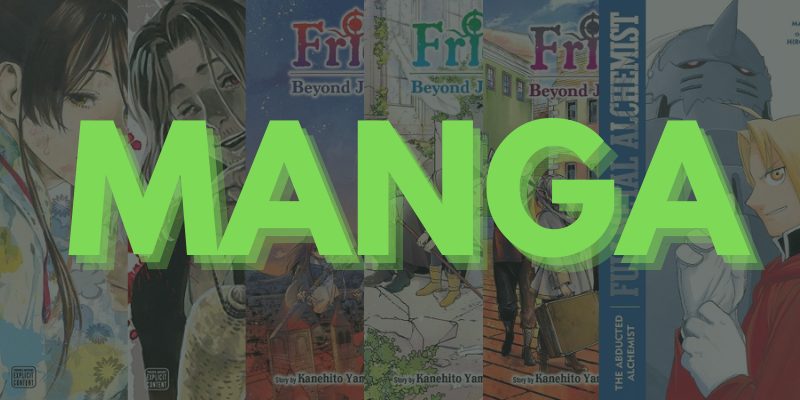 If you enjoy epic quests, legendary heroes, otherworldly villains, and plenty of deadly danger, then the books included in this roundup could be right up your street. The six featured titles, which come from three highly popular series, feature storylines that are among the best the fantasy manga genre has to offer. 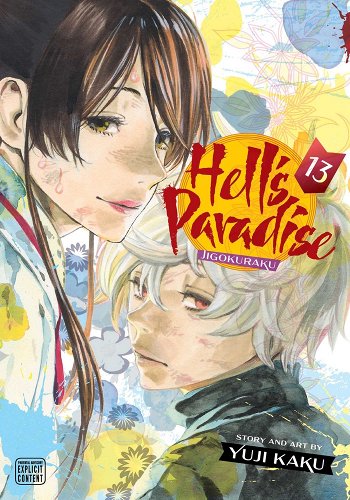 Set during the Edo period in Japan, the Hell’s Paradise: Jigokuraku series follows captured ninja Gabimaru the Hollow as he searches for the elixir of immortality. Originally sentenced to be executed, Gabimaru attributes his ability to survive all attempted means of killing him to his love for his wife keeping him alive. When imperial executioner Yamada Asaemon Sagiri realizes that Gabimaru can’t be killed, she offers the ninja a chance to win a pardon, so long as he agrees to travel to the island of Shinsenkyo and find the elixir of immortality for the shogun. In Volume 11, a bloody battle is raging at the palace on Shinsenkyo, forcing Gabimaru, Sagiri, and the other new arrivals to commit to an uneasy truce in the hope of finding a way off the island. To complicate matters, a massive new monster has entered the battle and managed to trap everyone within the confines of its body. If they’re unable to escape before the dawn, they’ll all be transformed into flowers that will then be used to power the monster down its path of destruction. 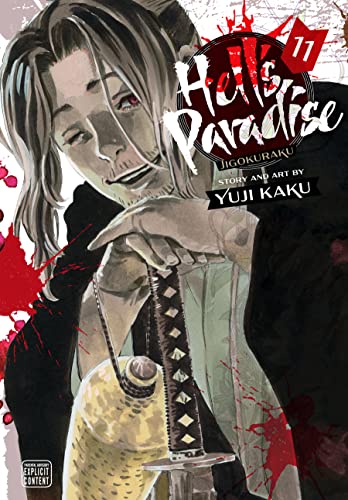 Volume 13 of the Hell’s Paradise: Jigokuraku series continues the saga of Gabimaru the Hollow, the world’s most powerful ninja, and his quest to find the elixir of immortality. This time round, it seems that Rien’s nefarious master plan will bring certain doom down on the unfortunates trapped on the island of Shinsenkyo as well as those enjoying the apparent safety of the mainland. While Gabimaru, Yamada Asaemon Sagiri, and the band of condemned prisoners and other executioners with them might have originally set out to harness the power of immortality, it appears that their mission might actually result in death and destruction for all those involved, however tangentially. Their only hope lies in vanquishing the specter of Lord Tensen. It might seem like an impossible task, but Gabimaru is willing to take on anyone and to do anything necessary to return to his wife. 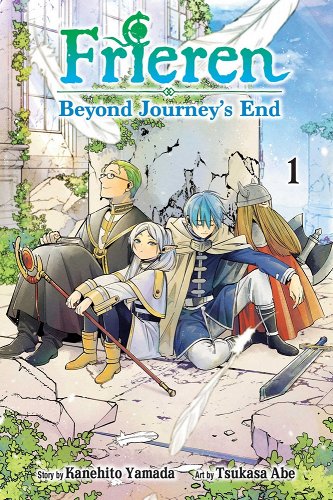 The Frieren: Beyond Journey’s End series follows elven mage Frieren, who once embarked on a ten-year quest with a band of fellow adventurers to kill the Demon King and restore peace to the land. Accompanying Frieren were the human hero Himmel, the dwarven warrior Eisen, and the human priest Heiter, and after they had finally completed their quest, the group gathered together to watch the Era Meteors. After the meteor shower, before leaving to travel the world in search of magical knowledge, Frieren promised that she would provide the group with a better view of the meteors when the celestial event next occurred, which would be some fifty years later. Volume 1 focuses on what occurs when Frieren finally does return and discovers that her former companions have noticeably aged while she remains pretty much the same as when they last saw each other. The group does manage to see the Era Meteors again, but soon afterwards Himmel dies of old age. Due to regretting that she didn’t take the time to know her companions better, Frieren vows to embark on a new quest to ensure that their last wishes are fulfilled. 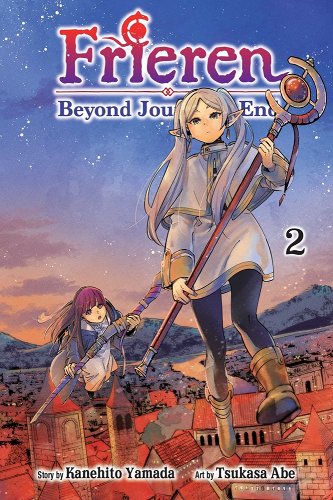 In Volume 2 of the Frieren: Beyond Journey’s End series, elven mage Frieren continues her quest to do right by her former comrades. She had agreed to take Fern, an orphaned child who had been adopted by Heiter, on as her apprentice and the two of them determined to journey to the far north, to the resting place of souls, where Frieren might have the chance to see Himmel again and pay him proper tribute. During their treacherous journey, the two encounter Stark, the former apprentice of Eisen. Although dwarven warrior Eisen considered himself too old to accompany Frieren and Fern on their quest to the north, Stark agrees to go with them. Having a powerful warrior as a member of their party could well come in handy, especially since the journey to the resting place of souls will take them perilously close to the Demon King’s former palace, and while her old enemy might have been vanquished, his minions still have a score to settle with Frieren. 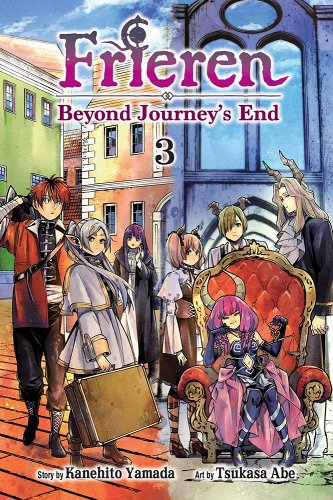 As Frieren, Fern, and Stark continue their journey north, they encounter friends and foes alike, combating any demons they come across while also gathering any magical lore that they hear tell of. Although the danger associated with their endeavor is undeniable, they do actually manage to recruit a new companion, a mediocre human monk named Sein. In Volume 3 of the Frieren: Beyond Journey’s End series, the band of adventurers are finally making good progress toward the resting place of souls, but events that echo back to Frieren’s original quest with Himmel, Heiter, and Eisen soon derail their mission to find Himmel’s spirit. Back during the quest to kill the Demon King, Frieren and her comrades defeated Aura the Guillotine, one of seven powerful demons known as the Seven Sages of Destruction. Unfortunately, Aura has found a way to regenerate and is now back in search of vengeance. Frieren is forced to question whether the price she paid to vanquish Aura in the past was worth the consequences that she and her friends are facing in the present. 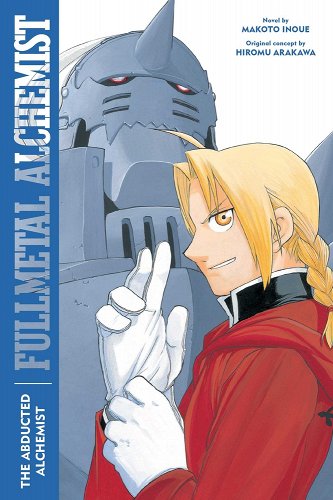 The six Fullmetal Alchemist light novels are spin-offs from the manga series of the same name following brothers Edward and Alphonse Elric on their quest to find the philosopher’s stone. In their attempts to use alchemy to bring their mother back to life, the brothers brought terrible devastation down on themselves: Edward lost his left leg and Alphonse lost his whole body. Edward subsequently sacrificed his right arm to save Alphonse’s soul and bind it to a suit of armor. After undergoing painful medical procedures to provide him with prosthetic limbs, Edward agreed to become a State Alchemist so that he could continue his endeavors to restore him and his brother to their former bodies. In The Abducted Alchemist, the second of the light novels, Edward and Alphonse hear about train lines being destroyed by terrorist attacks and about a series of kidnappings of people related to the military. While no one has yet been harmed in any of these incidents, public anger about the authorities’ inability to put an end to them is mounting. Edward and Alphonse agree to help investigate the terrorists, but they soon find themselves embroiled in a kidnapping too.