“I Wrote a Diary; Now Anyone Can Read It?” 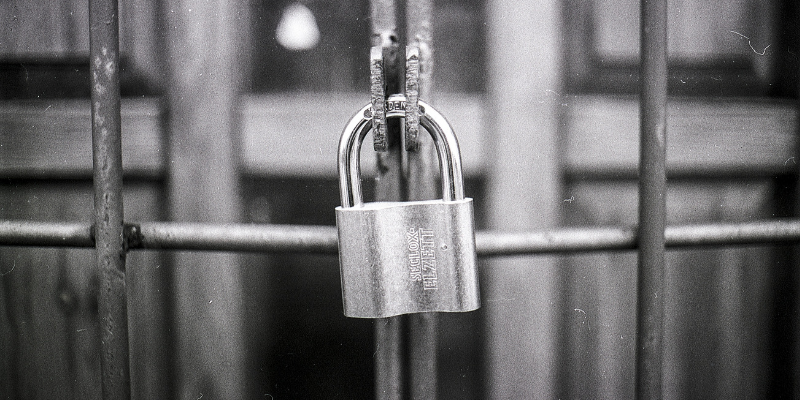 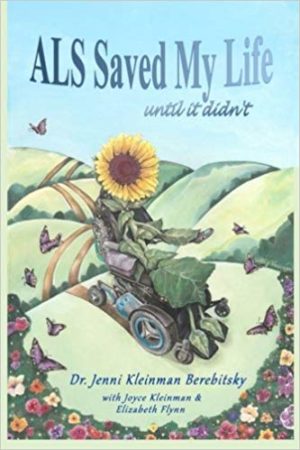 As I wrote my book, ALS Saved My Life…until it didn’t, I tried to be brutally honest about my ever-changing physical and emotional obstacles. My goal was to show all sides: ALS sucks, yet beauty and humor can still show up, often in the most unexpected ways.

But once it was done and in print, I had a “holy shit” moment. I had written a diary, and it was being released to the world! I was asking people to read it! What was I thinking? My openness and vulnerability were now on display.

Invitations had gone out to everyone and anyone I knew, and to my amazement and joy over 300 people were in attendance at my book launch. My community was there to support me. The line-up of my auspicious event included various speakers, a singer, guitarist, cellists, ribbon cutting (as per my 10-year-old son’s request), and readings from my book—not to be read by me; my tongue was no longer mine to control. ALS strikes again! The afternoon would conclude with a reception filled with nibbles and nosh lovingly prepared by family and friends.

I sat on the stage with my mom and husband enjoying the performances until it was time for the book reading. I held my breath as I waited anxiously to see if the audience laughed when I meant to be funny and cried when my words touched their hearts.

All I kept thinking was:

“Who am I to think my story is special?”

“How am I ever going to live up to the expectations of this crowd?”

I tried to stay calm by telling myself these people were here to support me, even if the book fell flat.

Finally, with the first wave of laughter from the audience, my teeth released the powerful grip they had on my lower lip. I guess one part of my body was still fully functional.

The laughter was followed by tears and then more laughter.

I basked in the joy of this newfound experience; my words were making people laugh through their tears. What a thrill! Stand up comedians must get such a rush.

I had been compelled to write my story down for many reasons. The thought that it might help another person was  motivational. And at the very least, it would be something I could leave my son. After three years of working tirelessly with my mom, the book has taken on a life of its own.

Having my story in print was just the beginning of feeling vulnerable and exposed. How about having your face be three-stories high?

Shortly before my book launch, we were approached by an Indiana filmmaker. He wanted me to be the subject of his next documentary film. I had no idea what it would mean to be in a film, but at that point in my life, I had adopted the attitude of “why not?!”

Four months after my book launch, we had the first screening of Grateful: The Jenni Berebitsky Story. As I sat in the packed theater, I watched my mouth moving, once again baring my soul, yet all I could hear was silence. This time seemed even more intense than the book reading. Not only were my words going to be heard, my face was gigantic on the big screen—no amount of make-up would hide my wrinkles and crooked teeth. Then, just at the right point, the sound of laughter through tears filled the theater. Sweet relief—we did it again!

The film has been screened at film festivals around the world, receiving many accolades, including Best Documentary and multiple Audience Choice Awards.

Who would have thought that the wretched tragedy of ALS would add so much meaning to my life and give me the opportunity to impact others? People thank me for my courage and honesty. They have told me they use my book as a source of inspiration as well as a reference. Even if they know no one with ALS, my book and film have added meaning to their lives. All this confirms to me the importance of stepping out of my comfort zone and sharing from the heart.

This is not a once and done. It’s a choice that has to be made every day. By choosing honesty and being vulnerable, I am able to embrace and relish in the beauty and humor that surrounds me. 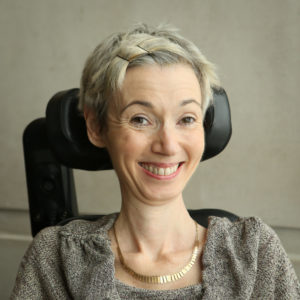 Dr. Jenni Kleinman Berebitsky is a 43-year-old mother, wife, daughter, sister, and friend. She received her BA in psychology and art therapy from Beloit College in Beloit, Wisconsin, in 1998. In 2001, she studied Social Theory at Melbourne University in Melbourne, Australia, and then went on to receive a Doctorate in Naturopathic Medicine from the National University of Natural Medicine in Portland, Oregon, in 2007. Jenni looks to the future with excitement and anticipation of new adventures, including screenings of a documentary about her life, Grateful: The Jenni Berebitsky Story in film festivals around the world, and publication of her memoir, ALS Saved My Life…until it didn’t. She currently resides in Indianapolis, Indiana. To find out more information about Jenni and her journey, visit her website: ALSSavedMyLife.com.