Through the Writer’s Eyes: An Evening of Radical Hope 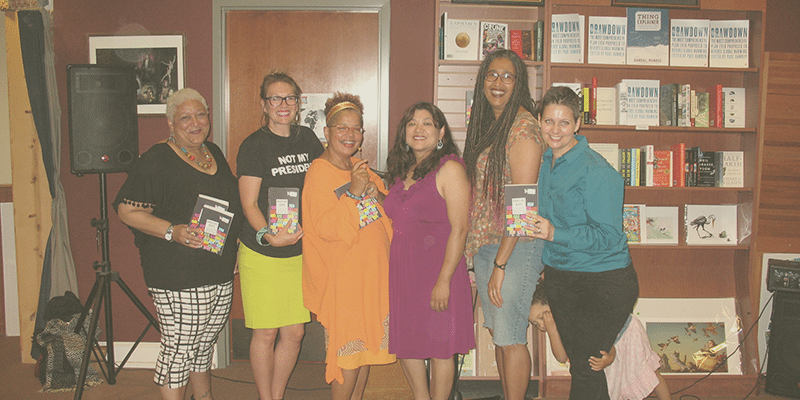 Carolina De Robertis sat at her desk, overwhelmed by grief. President-elect Trump’s “victory” was only three days old. The probable ramifications of this dolorous event on all the hard-won civil rights gains of the past fifty years racked Carolina’s mind. She thought about the many communities of immigrants, people of color, gay and transgender people, women, and progressives of all walks of life who were now bracing themselves for a new Dark Age. The earth’s climate crisis, the fate of the U.S. Supreme Court and how its decisions might affect future generations, the possible devastating impact of the election on our international relations weighed upon her. Then lightning struck.

Her brainstorm was to reach out to fellow activists, professors, feminists, artists, and writers to ask for their contributions. She wanted to compile a diverse book of letters which spoke truth, love, realism, empathy, and vision in dark times.

De Robertis called her literary agent the next morning, a Friday, and was told to get ten authors to commit to the project and to compose a two-page proposal by Monday. To her astonishment, her idea met with immediate ready pens among the activist writing community. She submitted her plan to the agent on Monday, and Vintage/Penguin Random House was on board shortly. They contracted to publish in 100 days, and to have the manuscript in a month. 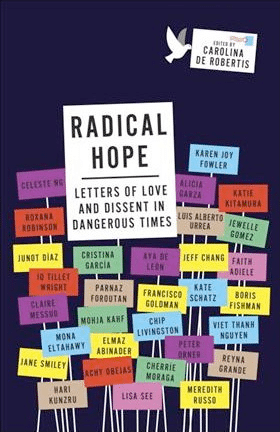 The product of this soul searching is Radical Hope, Letters of Love and Dissent in Dangerous Times, an epistolary book of love letters, inspired by James Baldwin’s “My Dungeon Shook – Letter to my Nephew on the One Hundredth Anniversary of Emancipation” from The Fire Next Time (1963), and the Rev. Martin Luther King Jr.’s “Letter from Birmingham Jail.”

The title is taken from a book, Radical Hope, Ethics in the Face of Cultural Devastation, by philosopher Jonathan Lear (Harvard University Press 2006). “What makes this hope radical is that it is directed toward a future goodness that transcends the current ability to understand what it is.” Radical hope, the book tells us, is our best weapon against despair. 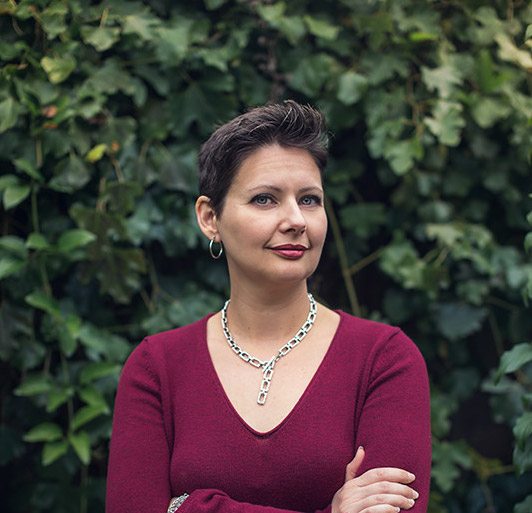 De Robertis was born in South America and has won international acclaim as an author and translator. She emigrated to the United States where she has been a long-time activist, award-winning novelist (Perla, The Gods of Tango, and The Invisible Mountain), and is now an assistant professor of Creative Writing at San Francisco State University. Her novels are bestsellers, the third of which has been translated into seventeen languages. It is on this platform that she engages with a network of forward- thinking people. And it is through these relationships that she was able to bring Radical Hope into being so quickly.

They include the Pulitzer Prize winners Junot Diaz, Viet Thanh Nguyen, and Jane Smiley as well as Black Lives Matter co-founder Alicia Garza. They are an august group of winners of the PEN/Faulkner Award, the National Book Award, the Edgar Award, the American Book Award, the Man Booker short list, the Christopher Award, the Pushcart Prize, the Dayton Literary Peace Prize, the Andrew Carnegie Medal for Excellence in Fiction, and numerous others. They’ve received fellowships from the MacArthur Foundation, the National Endowment of the Arts, the Guggenheim Foundation, USA Ford, USA Rockefeller, Radcliffe, the New York Public Library, the American Academy in Berlin, the Elizabeth George Foundation, and more.

Each letter in the book is a jewel. They are addressed to freedom fighters, god-children, relatives, ancestors, strangers, white people, people in other countries, immigrants, and future generations. The range of emotions therein is wide: rage, tenderness, disappointment, gratitude, disgust, sorrow, resolve, and profound love. The array of views is vast, and the historical perspectives offered are sobering, occasionally hopeful, occasionally searing, and all realistic.  Some serve to remind the reader of the unconscionable repression which has persisted throughout history, but which has yet to break the human spirit or countermand the forces of love.

De Robertis reminds us, “Dissent and love are complementary forces. In a climate where bigotry is an explicit value of those in institutional power, speaking love is an act of dissent.” Amen.

Jennifer Dwight is a San Francisco Bay Area author, veteran of the legal community, and reporter for the San Francisco Book Review. Her suspense novel, The Tolling of Mercedes Bell (She Writes Press 2016), has won 12 literary awards, including the gold medal in Suspense from the 2017 National Indie Excellence Awards. For more information about her work and upcoming appearances, visit www.authorjenniferdwight.com.