What is the Big Deal About Facebook’s Algorithm? 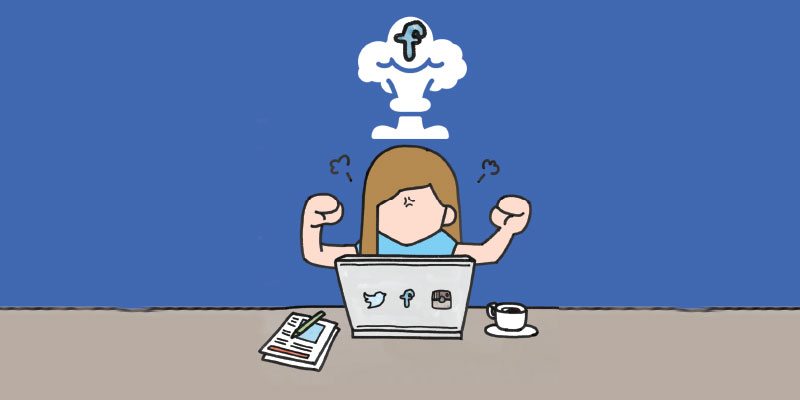 Most people who use Facebook use the News Feed to explore the site. But, by default, those posts are not chronological; the algorithm decides what users should see. That’s why your Facebook News Feed nowadays says “Most Popular,” rather than “Recent Posts.” What is not considered popular gets buried and often never seen.

But who decides what is popular? The answer is Facebook’s algorithm. When the algorithm favors your content, it flies to the top of the feed, where everyone comments and shares it. That which isn’t favored will be seen by only a few of your official Friends. If those people don’t comment, your post will never have a chance to even get seen by most of your followers! It’s too easy for an author to assume their blog post is no good—or the book signing they’re promoting is of no interest —when the truth may be that these posts are never even getting seen in the first place.

Facebook’s algorithm is always changing, but the changes to the News Feed that CEO Zuckerberg announced in January are so dramatic that marketing professionals are calling this the “Facebook Apocalypse” or “Facebook Zero.” Meaning, whatever previous Facebook marketing strategy you had goes straight into the circular bin. Time to start from scratch. 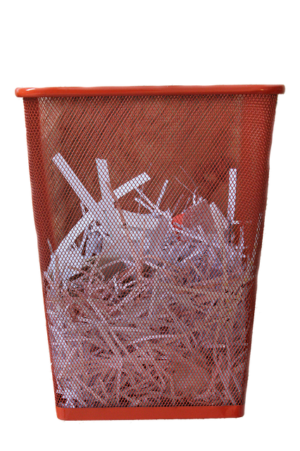 Zuckerberg’s post is long, and if you are invested in Facebook marketing, it’s worth reading in full. For any social network or search engine, the algorithm is like the secret sauce, and updates about them are often as vague and secretive as Col. Sanders was about those eleven herbs and spices. But Zuckerberg’s lengthy post explicitly states many bold new changes to the algorithm, so these changes aren’t a passing whim.

Most importantly, they state that the algorithm will favor heavily-discussed posts from your friends and family over posts from brands and pages. So Sayeth the voice of Facebook himself:

“You’ll see less public content like posts from businesses, brands, and media. And the public content you see more will be held to the same standard – it should encourage meaningful interactions between people.”

One critical way that Facebook will implement this is by burying more content that links to an external site. Thus, even if you are sharing from your personal Facebook feed, your link to your latest promo could still get buried if no one comments on it. For example, a simple announcement about your book giveaway, with a link to the contest, could get buried in a sea of family photos and discussions about your cousin’s search for a solution to get gum out of hair.

In every case, the changes will favor posts that get more comments. Some pages and external links will still be seen, but for many authors getting their content seen on Facebook was already a struggle.

For those who rely on Facebook marketing for their brand, these changes are potentially devastating, even driving some media out of business. People are already hesitant to click through away from Facebook, and the new Facebook algorithm is going to make it harder than ever to get that conversation moved over to your blog.

This is actually great for Facebook, though. Social media exists not as a media platform, but as a way to connect people who know each other in the real world. Gifs of kittens and short silly videos may get likes, but they are shallow content. These changes will put the most engaging conversations at the top of your feed. This is a more enriching experience for users, and realigns the social network with its mission. Moreover, if brands can’t get seen organically, they can still buy views, which means more ad revenue for Facebook.

At first, it is natural to feel discouraged about the prospect of getting your book promotions seen on Facebook. Simply put, most, if not all, Facebook pages are going to see a reduction in traffic coming from Facebook.

However, the way Facebook has been previously focused more on videos and photos. This meant authors needed to become graphic designers and filmmakers just to get seen on Facebook. Great writing would easily get buried by a captivating image. The new algorithm will feature content that drives dialogue, which means the better communicators will win out. And authors are, first and foremost, great communicators.

The trick is going to be making sure that the copy you write on Facebook is crafted to get people talking about it. Not selling your book, not promoting an event, not announcing a blog post. You can still write about those things, but the posts need to engage your readers first and foremost. In my next post, I’ll give tips on how to do just that. 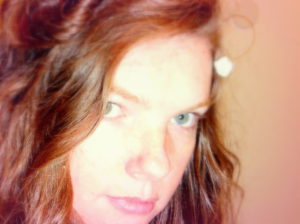 KARMA BENNETT has been working in publishing for over a decade. She is the founder of Future Is Fiction Communications, a marketing company that specializes in digital marketing for authors. Recently she launched WordPressBlogsForWriters.com to help authors set up professional and easy-to-use websites. She has spoken on digital marketing topics for the San Francisco Writers Conference, Writerly’s Pub Camp in Seattle, and Sisters in Crime. She teaches classes on SEO, social media marketing and WordPress at AcademyX and Bay Area Video Coalition. You can find her singing at the grocery store, dancing in the streets, and writing bios in the third person.