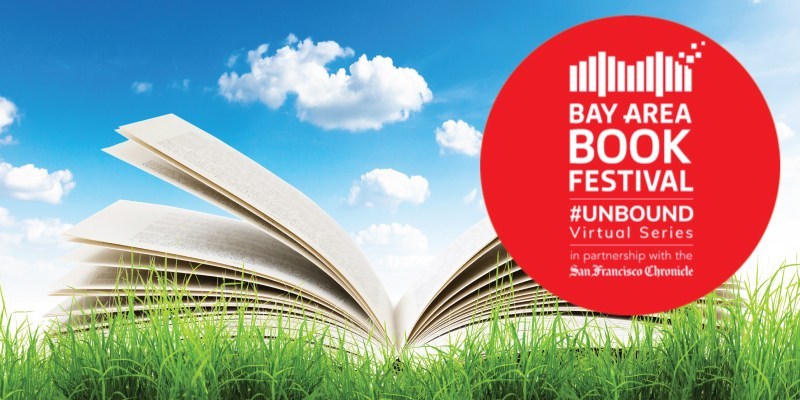 Welcome to fall 2020: democracy at risk, a continuing pandemic, clashes in the streets, threatened food supplies, fires, a looming election, and skyrocketing anxiety as our cooped-up selves try to manage a cacophony of bad news. How to make sense of it all, and what to do? On Sunday, October 4th, the Bay Area Book Festival will showcase 22 world-renowned personalities who will share their knowledge and visions for a more sustainable future in a one day virtual mini-fest, Berkeley #UNBOUND. Our recommended reads for this September will introduce you to some of the brilliant minds we’re featuring this fall, in Berkeley #UNBOUND and beyond. We hope these titles comfort, inspire, and empower you to use your own voice and take action.

This autobiography by the man The New York Times called “the most promising new talent in political comedy in many years” is just as irreverent, brutally honest, and thought-provoking as you’d expect. Bell delves into his upbringing, the intersectionality between racism and sexism, the challenges of an interracial marriage, and his status as an unapologetic “blerd” (Black nerd) with a verve and depth that earned hearty praise from Shelf Awareness: “Awkward Thoughts is definitely entertaining, but it also invites readers to look through different eyes.”

On October 3, Bell will be showcasing his trademark wit and incisive commentary with Warriors coach and activist Steve Kerr in an exclusive conversation, “Politics, Race, and the State of Play in our Nation,” the kickoff keynote our October 4th virtual mini-fest, Berkeley #UNBOUND.

This brilliant 1972 satirical novel by UCB Professor Emeritus and MacArthur fellow Reed is a favorite of Thomas Pynchon’s. It was reissued as a Penguin Modern Classic in 2017, dazzling a whole new generation of readers with its prescient, blazing take on race and America’s ethos. (Its description of America as “mercurial, restless, violent … the traveling salesman who can sell the world a Brooklyn Bridge every day, can put anything over on you” may remind you of a certain someone). Says The Guardian,  “We can read [Reed’s] work now with a similar urgency to what its first readers might have felt.”

In these times of profound reckoning around issues of race, equity, and America’s soul, we need Reed’s vision and singular perspective more than ever. Hear him and other brilliant literary fabulists expound on where we can go from here in Berkeley #UNBOUND’s virtual conversation, “Writing a New World Into Existence: Lessons from Literary Futurism,” on Sunday, October 4th.

Macdonald dazzled critics and readers with H is for Hawk, her poignant meditation on falconry and sublimating personal grief.  From songbirds atop skyscrapers to vanishing orioles in forests, her latest, the essay collection Vesper Flights, is also buoyed by the enchanting spell it weaves around all things winged, rooted, and of the earth and sky. At a time when the natural world is under siege, Macdonald shows us the wonders that persist, and redoubles our resolve to preserve them and respect their mystery. As the Wall Street Journal raved, “Dazzling…Ms. Macdonald reminds us how marvelously unfamiliar much of the nonhuman world remains to us, even as we continue to diminish it.”

On October 6th, learn from Macdonald in “Poised to Soar,” a conversation with poet Camille Dungy on what we can learn from nature’s limitless secrets.

“Will we ever settle? Will we ever sleep? Or will we be reduced into a shambling sleepless heap? … I think we may just become FOREVER EVERYONE AWAKE” Not the lines that assure parents of the merits of Meloy’s goodnight routine and true: it’s a rick rollicking ride he takes us on in pitch-perfect, silly but clever rhymes. Dad bakes bread, Mom fixes the roof, Grandpa and the dog throw darts… Through all that Harris’s illustrations leap off the page in a joyous celebration of color. But it works and not only that, this is the most delightful bedtime story I have read in a long time. Children will giggle their way to sweet and silly dreams. Added bonus: find the frog that is hidden on every page.

Wouldn’t you sometimes wish your angry stares turned your adversaries into pillars of salt? Or better still into exactly that what they wish upon you? Fourth grader Daniela Santiago, budding feminist and warrior for equality gets just that wish fulfilled. An accident and a touch of sci-fi land her with superpowers. When she meets inequality, she gets so mad that purple laser rays shoot from her eyes and mean boys get a taste of their own medicine. Can you imagine what happens when the president refuses to sign the Gender Equality Bill and dares to come down to judge a tween beauty contest?

De Leon’s middle grade debut is funny and subversive. At a time when the amplification of the stories, perspectives, and interior worlds of girls of color is more urgent and important than ever, she gives us a fierce and sparklingly genuine protagonist, who deals with sexist stereotypes in wittily, healthy ways. Catch her in Berkeley #UNBOUND’s virtual conversation, Writing a New World Into Existence: Lessons from Literary Futurism.

Ink for the Beloved (The Tattoo Teller Series) by R.C. Barnes, ages 14 and up

R.C. Barnes first book of her YA Tattoo Teller series, Ink for the Beloved is a love letter to her adolescent years in Berkeley. Barnes’s heroine is 16-year-old Bess, an amateur detective but also a tattoo teller. She knows the truth behind a tattoo by just touching it; the ink speaks to her. Her mercurial mother is a legendary tattoo artist but the people who come to her for inks are often shady and some have murder in their hearts, causing trouble for Bess and her little sister Echo.

Barnes weaves a story that pulls you in from the first pages. Bess immediately captures your heart with her fearlessness, her confusion, her defiance, her tenderness, especially toward Echo. Be ready for a story that slips under your skin. Barnes’s gorgeous writing will make you want more. Luckily, this is just the first book in the series!  R.C. Barnes will be one of the featured authors in Berkeley #UNBOUND’s youth program, Unleash Your Creative Superpowers with National Novel Writing Month.