The Bay Area Book Festival Monthly: WHAT WE’RE READING IN MAY 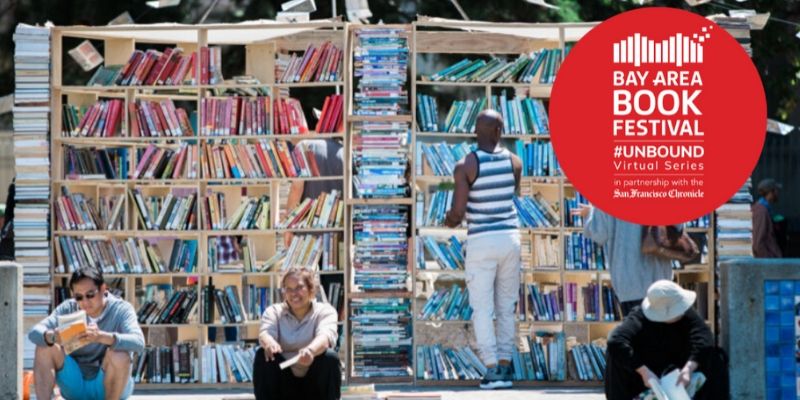 Perhaps you caught this recent illuminating KQED story about how California arts nonprofits and individual artists/writers have sprung into action to support people who are isolated, traumatized, and scared in the midst of the pandemic. The Executive Director of Californians for the Arts, Julie Baker, used the term “second responders” to describe the role of the arts in times of crisis:

That’s what we’re trying to do with our virtual #UNBOUND author conversation series. After our May launch, we’re now looking at an uncertain summer. Our June programming offers a literary lifeline, centered on authors and books that bring you peace of mind, food for thought, and balm for the soul. Here are some of our favorites: 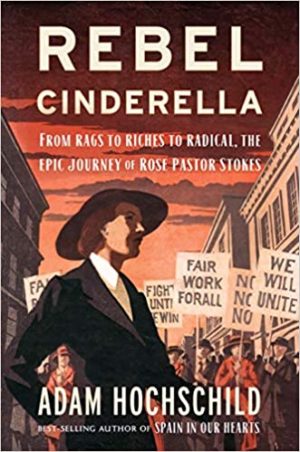 Trust bestselling author and historian Adam Hochschild to unearth one of history’s forgotten heroines and give her story the page-turning treatment it deserves. Russian immigrant Rose Pastor Stokes spent her first twelve years in America in a sweatshop, only to skyrocket to the upper class when she married an heir to a massive mining and real estate fortune. It’s a classic Cinderella story: that is, if Cinderella converted her prince to socialism, became an antiwar and labor activist, caused a scandal by promoting birth control access, and was dubbed “one of the most dangerous influences of the country” by a sitting President.
Want more? Check out our virtual conversation with Adam Hochschild on June 2, 7pm. 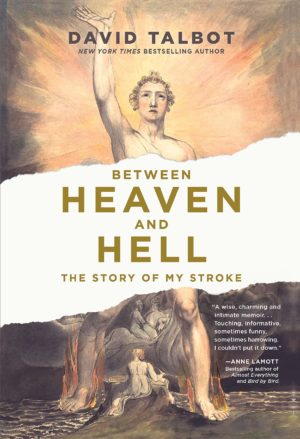 Between Heaven and Hell: The Story of My Stroke by David Talbot

When Festival Writer & Development Manager Suzanne Rivecca first moved to San Francisco years ago, journalist David Talbot’s history of the city, Season of the Witch, opened her eyes to the political machinations, complex roots, cultural and social and racial intricacies, and utter, wild, unduplicated uniqueness of this topographical and emotional roller-coaster of a town. With Between Heaven and Hell, he once again takes an enormously complicated subject—sickness and recovery—and renders it not only digestible, but relatable and compelling. You might not expect a book about a major medical catastrophe and its aftermath to be uplifting, but this one is—as well as emotionally wise, funny, and raw in its honesty. A lifelong workaholic, Talbot says that his stroke ultimately made him a better person: more present, grateful, and mindful. It certainly hasn’t dampened the wit and rigor of his writing, which is as sharp and insightful as ever.
Want more? Check out our virtual conversation with David Talbot and Sir Michael Moritz on June 11, 7pm. 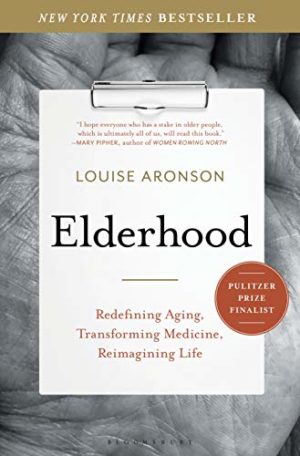 Elderhood, a finalist for the 2020 Pulitzer Prize in General Nonfiction, is a clear-eyed, empowering, and penetrating look at aging. Aronson brings her professional expertise—she’s a geriatrician and Professor of Medicine at UCSF—and her incisive voice to bear on a subject that’s all too often avoided, sentimentalized, or cloaked in fear.  In a culture and a country that worships youth and averts its eyes from the realities and rewards of growing older, Elderhood is exactly the antidote we need to the misinformation and invisibility that we sometimes project upon the experience of aging. Aronson’s wish is for all of us to “look at the final third of life with the same concern, creativity, and rigor as we view the first two-thirds.”
Want more? Check out our virtual conversation with Louise Aronson and KALW’s Jenee Darden on June 18, 7pm. 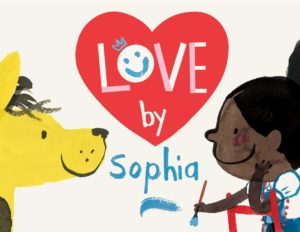 “An art-positive story rich in love, determination, and delightfully big words for brains of all sizes,” is what Kirkus Reviews says in a starred review of this supercalifragilisticexpialidocious third book in Averbeck’s Sophia series, where precocious Sophia and her pet giraffe Noodle learn how to look at life, love, and art. And we, at the Bay Area Book Festival, concur. We’ll let you in on a secret: Our Children’s programmer, Mina Witteman, isn’t American or a native-English speaker, so she jumps at every chance to up her vocabulary. And Sophia’s empowering smarts and big words are just plain beguiling.
Want more? Check out our virtual conversation with Jim Averbeck and Yasmeen Ismail on June 27, 10 am. 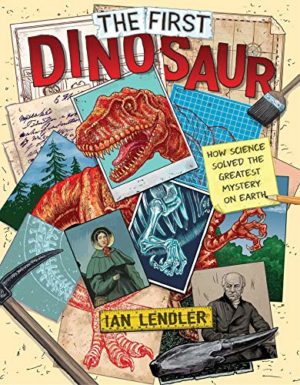 The First Dinosaur: How Science Solved the Greatest Mystery on Earth by Ian Lendler; ages 10-15

Dinosaurs existed. That’s a fact that we accept today. But not so long ago, the concept that these giant creatures could have roamed Earth millions of years before humans even existed was unfathomable. People believed that what we now know are dinosaur bones were the bones of giant humans. Or large elephants. Or angels, even. In The First Dinosaur: How Science Solved the Greatest Mystery on Earth Ian Lendler takes you on a skull-and-bone and fossil filled journey that will unearth Earth’s greatest mystery.
Want more? Check out our virtual conversation with Ian Lendler and amazing 11 year-old Aria Sindledecker on June 6, 11 am. 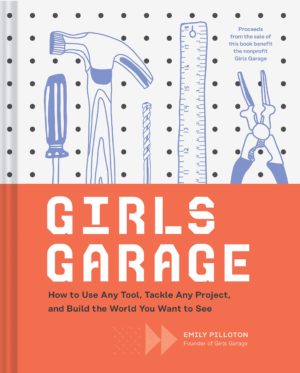 Girls Garage: How to Use Any Tool, Tackle Any Project, and Build the World You Want to See by Emily Pilloton; ages 14 and up

Girls Garage is the only book you’ll ever need for a lifetime of building and repair. Packed with over 175 illustrated tool guides, 11 how-to projects, 21 essential skills, and 15 inspiring stories from real-world builder girls and women, this 300 page compendium will inspire you to fill up your toolbox and get building! With a background in architecture and construction, Emily Pilloton started the nonprofit Girls Garage to give girls the tools to build the world they want to see. Since 2013, girls ages 9-18 have come to Girls Garage’s workshop eager to use power tools and build real-world projects for their community. The Girls Garage book puts that same power into girls’ hands around the world, inviting them to join a thriving, diverse, and fierce movement of fearless build.