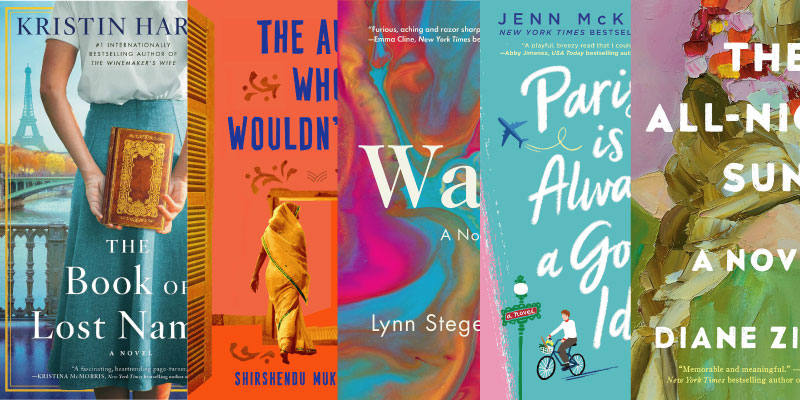 Now that summer is nearly here, it’s getting time to plan your poolside reading. Here are five that can let your mind drift while soaking up some sun. 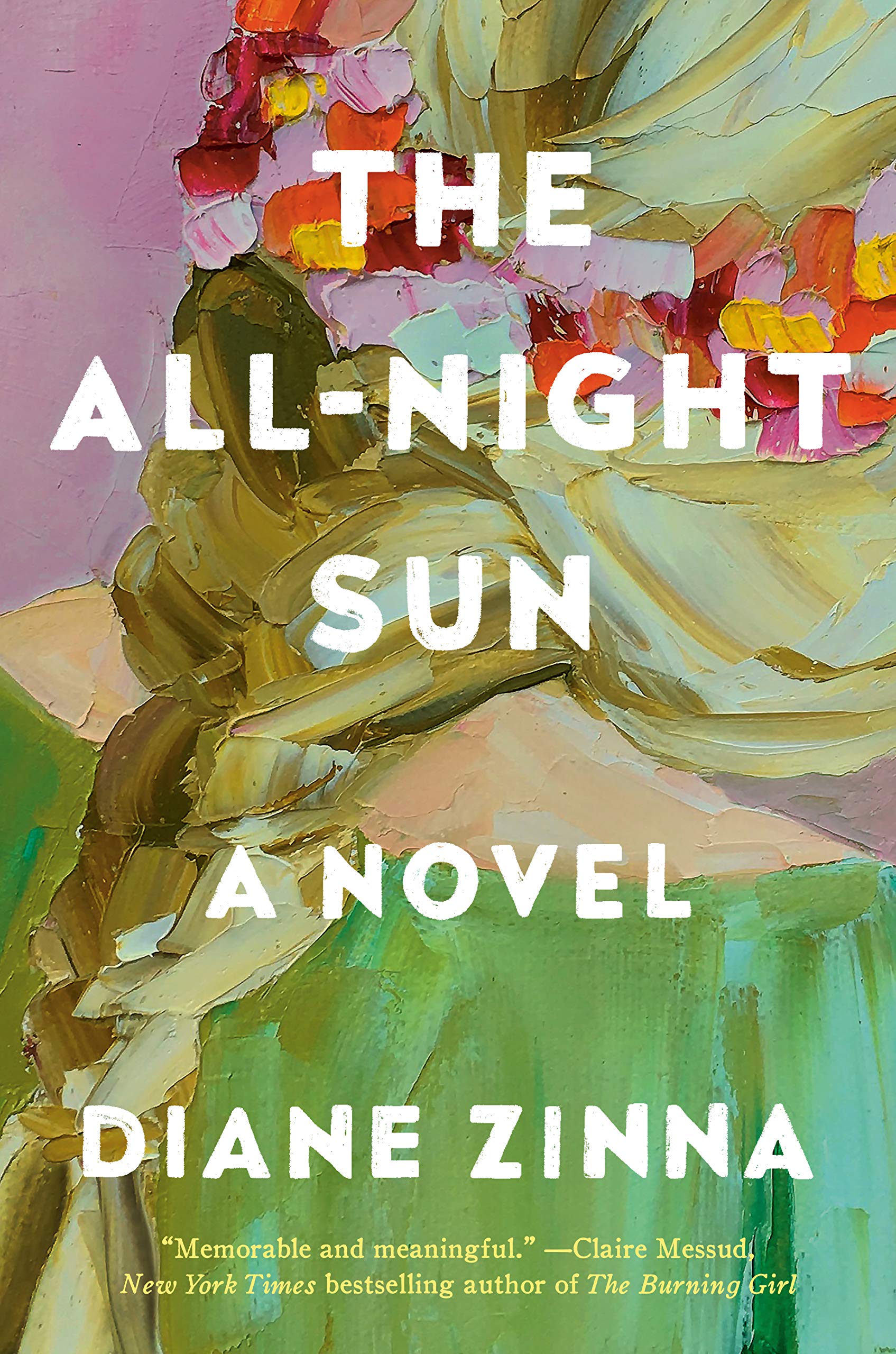 Celebrate the glorious last days of summer with The All-Night Sun by Diane Zinna, a stunning debut novel that explores the depth of grief and the intensity of young adult female friendships. Lauren Cress, a twenty-eight-year-old adjunct English professor at a small college, has been mired in grief since the deaths of her parents ten years ago. She copes with her loss by taking refuge in her work, leaving her personal life to suffer. Her charismatic eighteen-year-old student, Siri, draws her into her orbit, and they strike up an unlikely and inappropriate friendship. Siri’s life seems to hold parallels to her own, and as the school year progresses their intense friendship becomes Lauren’s only escape from her loneliness and depression. When the year is almost out, Siri extends an invitation to go back to Sweden with her to celebrate Midsommar.

Once there, Lauren is drawn to Siri’s older brother Magnus, and in response, Siri reveals a side of herself Lauren didn’t know she had: one that’s spiteful and even cruel. The climactic Midsommar’s eve is both heartbreaking and cathartic as Lauren comes to terms with the parts of her past she’d forgotten. The All-Night Sun is a beautifully written, character-driven study on loneliness, grief, and the limits of memory, and Diane Zinna’s meticulous research on Sweden and her poetic turns of phrase shine on every page. 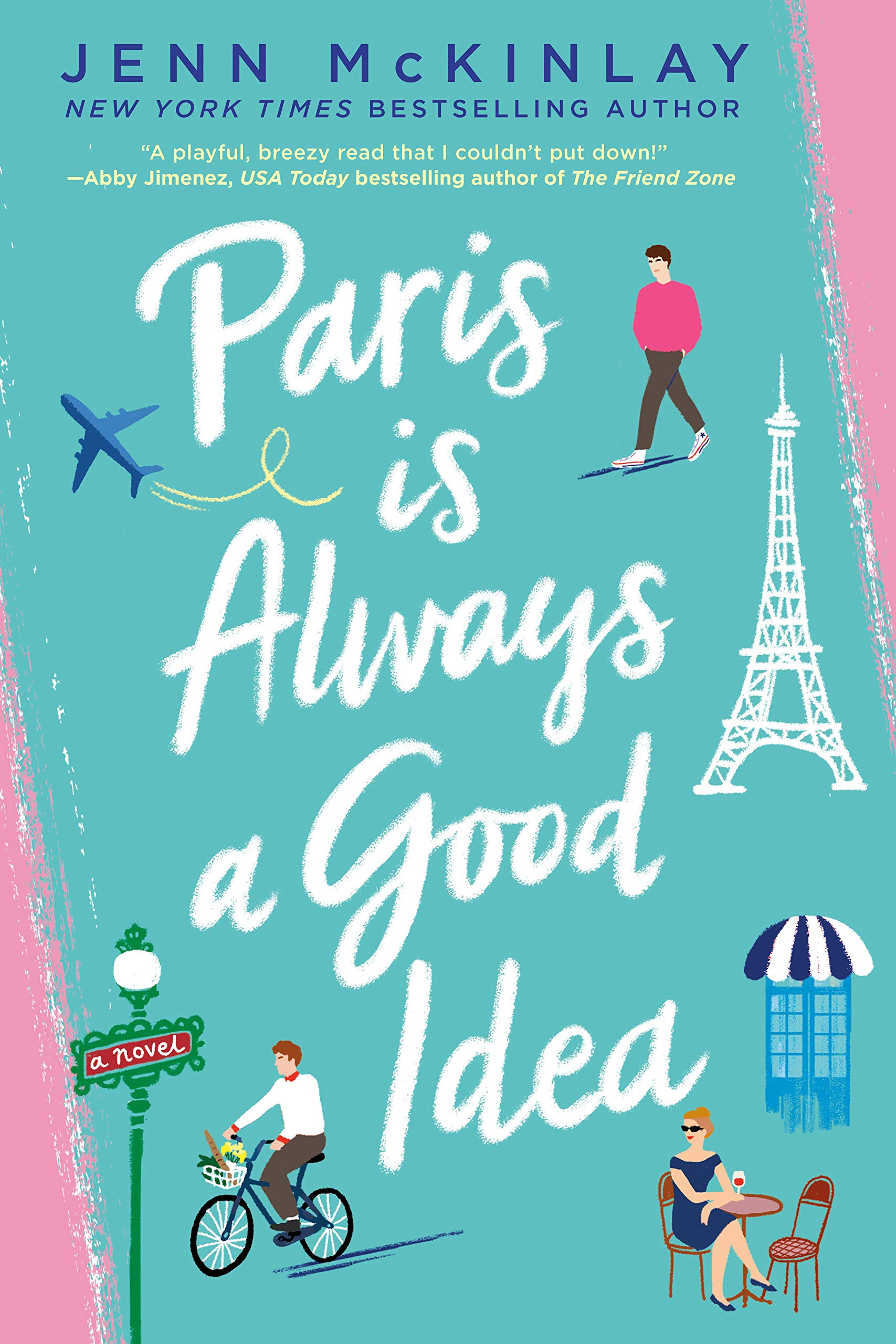 Take a whirlwind European vacation with protagonist Chelsea Martin in Paris is Always a Good Idea by Jenn McKinlay, as she attempts to recapture the last time she was truly happy. The twenty-seven-year-old nonprofit worker has buried herself in work since her mother died of cancer seven years ago, and her father’s decision to remarry provides a wake-up call that she needs to do something to get out of her slump. She decides to relive her gap year vacation and try to rekindle the romances she had along the way: will the Irish Colin, French Jean-Claude, or Italian Marcelino be the one to bring happiness back to her life? It certainly couldn’t be her irritating coworker Jason. Written with sparkling humor and beautiful descriptions, Paris is Always a Good Idea is a breezy, enjoyable story with relatable characters. 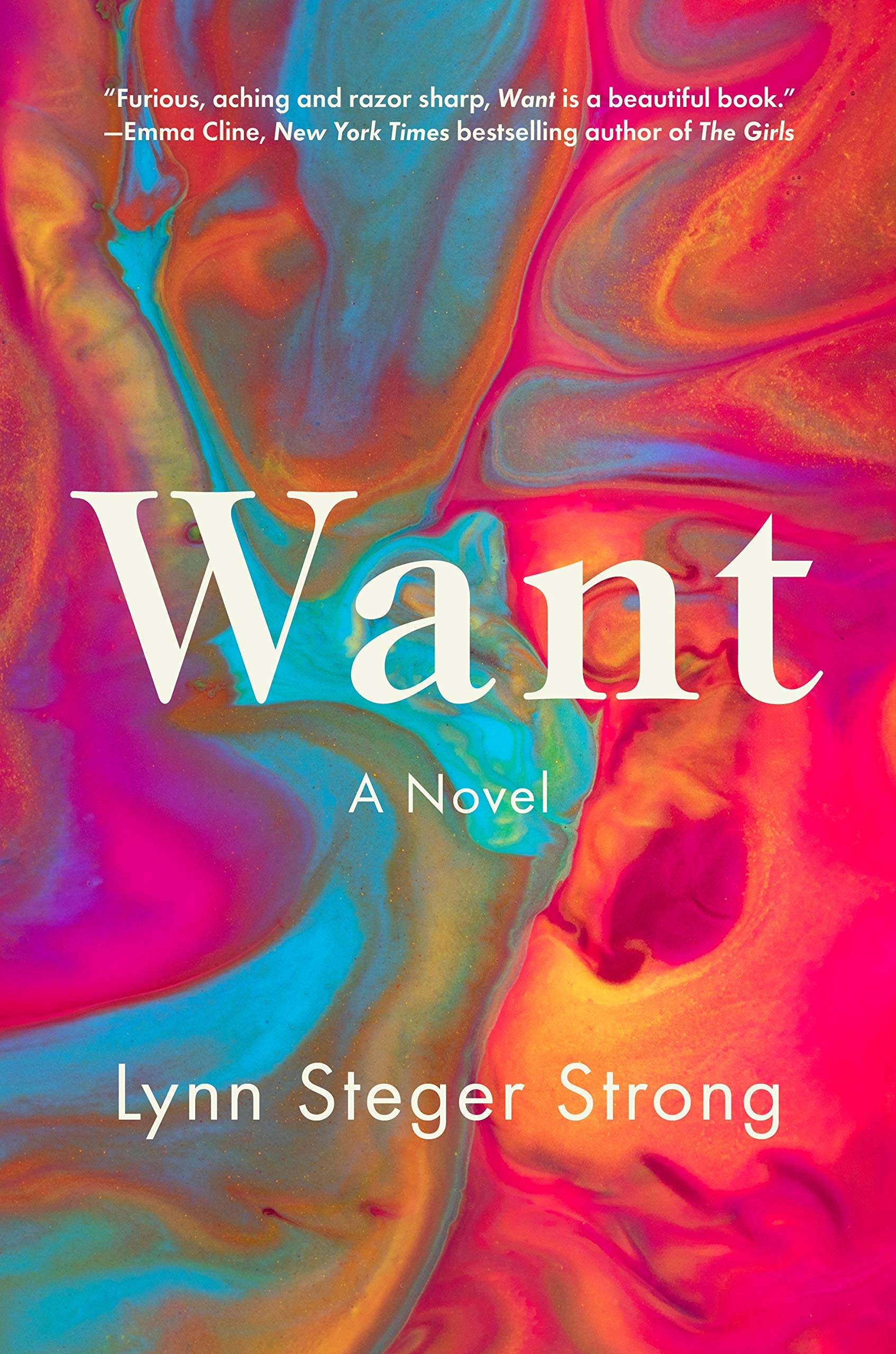 Want: A Novel by Lynn Steger Strong offers an unflinching look at the precariousness of the middle-class dream in America through the eyes of 34-year-old Elizabeth, wife, mother of two young girls, and teacher and part-time adjunct professor. She and her husband, an investment banker-turned-artisanal woodworker, live in a cramped apartment and have begun proceedings to file for bankruptcy. Meanwhile, a childhood friend she’s mostly lost touch with over the years has come back into her life, stirring up old feelings as Sasha, her friend, is dealing with a crisis of her own. Want is sharp and unapologetic in its examination of womanhood, privilege, and the so-called ‘middle-class’ of America, one drowning in debt and quietly trying to survive. The present tense gives it an almost confessional feel, and the story is one that will linger with the reader long after they put it down. 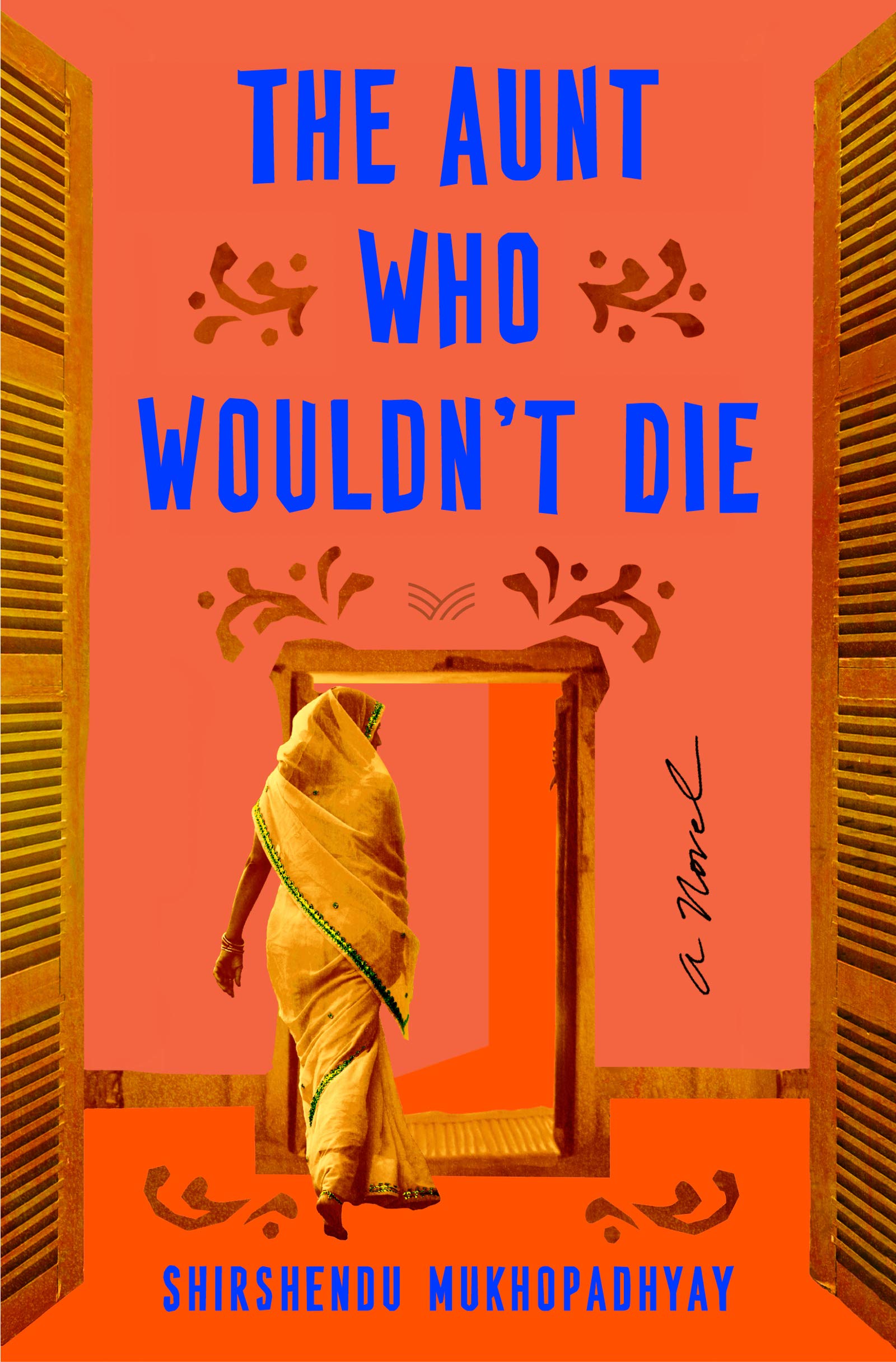 In The Aunt Who Wouldn’t Die by Bengali author Shirshendu Mukhopadhyay, originally published in 1993, three women deal with the decline of their once-wealthy house in their own way. 18-year-old Somlata, newly married to her handsome, 32-year-old “blissfully unemployed” husband, learns it’s now her job to encourage him to find work. But when the bitter old matriarch of the family, Aunt Pishima, dies, her spirit decides to linger—and sticks around to offer Somlata some very unhelpful advice. Somlata has her own ideas for how to save the family from financial ruin, however, and they don’t involve over-salting the food or having an affair. And Somlata’s daughter, Boshon, is the face of the family’s future as a modern, fiercely feminist teenager. There are plenty of twists and lots of laughter to be had in this short novel, and it’s a story that will move and entertain in equal measure. 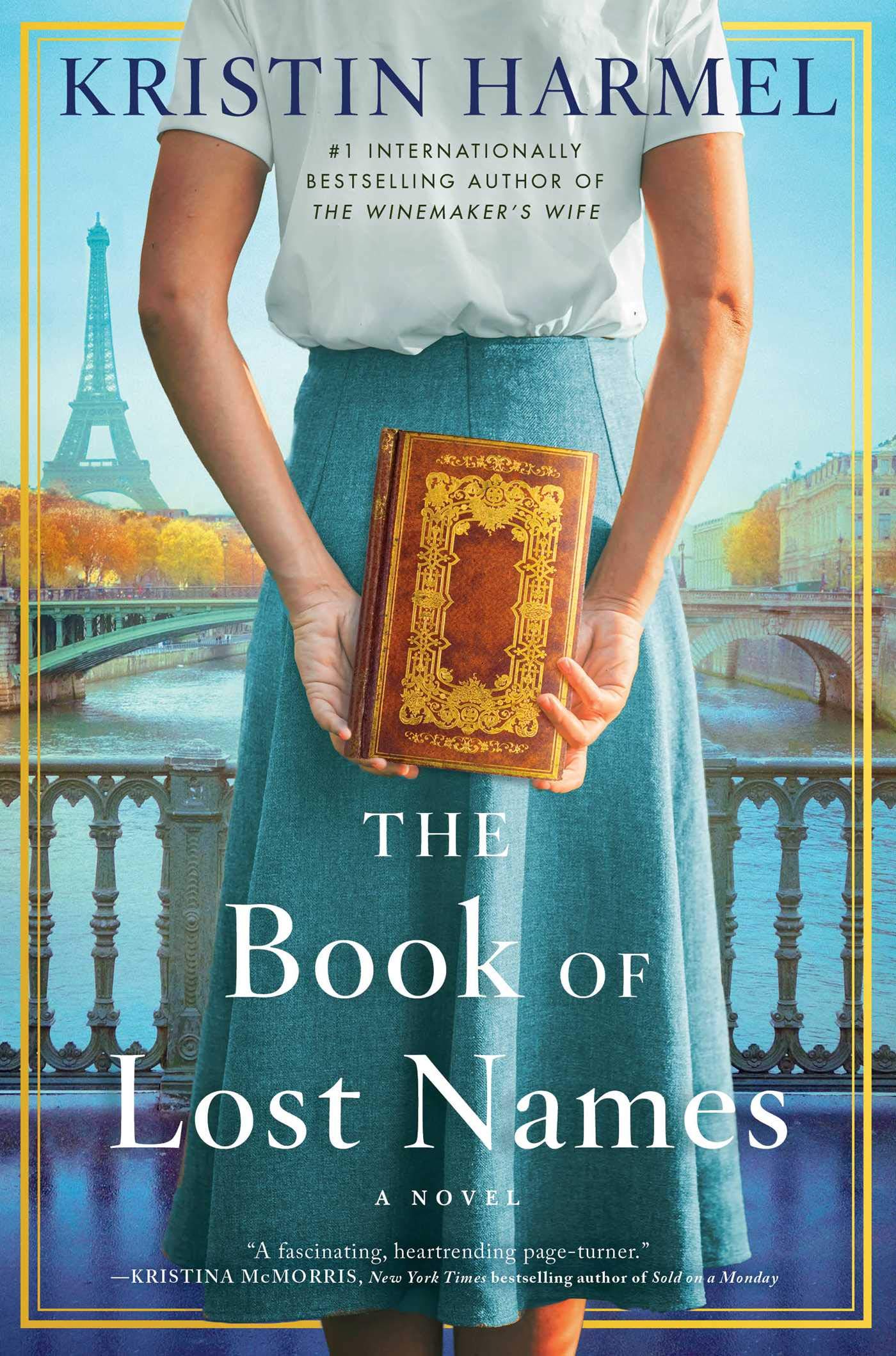 In The Book of Lost Names by Kristin Harmel, Eva Traube is a semi-retired librarian living a quiet life in Florida until the day she spots a photograph in a magazine while shelving books. It’s a photograph of a book she’s intimately familiar with, one that’s currently part of an exhibit in Berlin’s Zentral- und Landesbibliothek library. She must summon the courage to face old ghosts and revisit her past as a World War II forger and code-writer to help the children she smuggled to safety reclaim their names and identities. The story switches seamlessly from present to past, and explores an aspect of World War II that is often overlooked in fiction. The love story between Eva and Rémy, her forger partner, is touching and well-developed, and despite the characters often having different names due to the story’s premise, there’s little confusion. The Book of Lost Names is well-researched and touching, and the plot will pull you along and keep you guessing at times.

Whether you let loose with Lauren, travel with Chelsea, or discover new definitions of cleverness and bravery with Somlata and Eva, one of these books is sure to satisfy your need for fall escapism. — Kate