PR Stunts Pay Big Dividends: How TESLA and a Cowboy Author Won Our Hearts — and Our Minds Followed 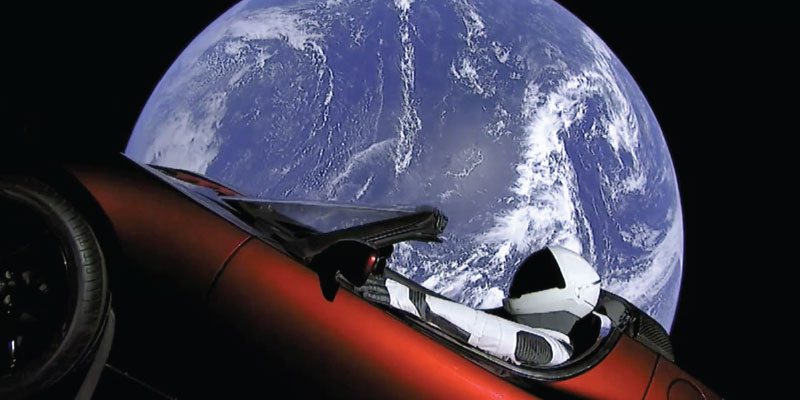 PR stunts get a bad rap because many are either ill-conceived or poorly executed. But I like them and have been involved in many successful ones.

One recent PR stunt of note paid huge dividends when Elon Musk sent a TESLA into outer space. The car had an astronaut behind the wheel and the radio played David Bowie’s “Space Oddity” about Major Tom. Who didn’t talk about this fantastic just-for-fun extravagant stunt? It was the best one I’ve seen in years. Funny thing, nobody is really calling it a ‘PR stunt,’ but that’s exactly what it was—a beautifully executed PR stunt. When you have a perfectly performed stunt that catches people by surprise and makes them smile, you got ‘em. The value of TESLA went up, and the photos did the talking.

One very creative author I know personally pulled off a PR stunt that even I was impressed to read about. He rode his horse into “publishing history” by becoming the first author to conduct a book signing and an e-book signing on horseback. Author Carew Papritz, a working cowboy, rode his horse in front of a Barnes & Noble in Tucson, Arizona, and digitally signed his book The Legacy Letters on his iPad in front of a cheering crowd. He made some press and history at the same time. Check out this video:

One of the keys to the success of a good PR stunt is the mashup of two disassociated things: cars in outer space, horses in bookstores, and in one I did last year: hot air balloons and violins.

As a book publicist and hot air balloon pilot, I take to the skies like some people play golf. It’s my main recreation. One day, I met a University of Michigan Music Student, Stuart Carlson, and asked him to join me on a balloon flight and to bring his violin. The result: 42,000+ views of two videos on YouTube and Facebook. Here’s ‘Hail To The Victors’ https://www.facebook.com/HotAirBalloonMichigan/videos/10153980344308667/

How can authors benefit by using this technique? Think about the bigger picture. Don’t just focus on selling books. Think about how you can connect with readers on a personal level. Let your audience know you’re both a person and a writer. By that, I mean let your audience glimpse into your personal life. Share things that are important or interesting to you. You can share details on your website, blog, and social media outlets. Utilize your mentions on Twitter, and generate conversations with your followers on a personal level. Respond to comments on your blog or on review pages of your work. By sharing more details about yourself, you’ll provoke commonalities between your fans, ultimately appealing to more people.

If you are a romance writer, share with the audience your love of cooking. If you’re a mystery writer, illustrate your travels abroad and how a visit to a particular city was woven into your book. Connect with your following on whatever level you can. Your goal should be to reach as many new audience members as possible. To do so, dig deep into your being and ‘open up the kimono’ and show the audience who you really are, pen aside.

The Bottom Line:  PR stunts work!! Take a page out of Carew Papritz and TESLA’s book and appeal to your audience on an emotional level; it’ll get them to connect with you on another level and it may get them talking about you too!

Book publicist Scott Lorenz is President of Westwind Communications, a public relations and marketing firm that has a special knack for working with authors to help them get all the publicity they deserve and more. Lorenz works with bestselling authors and self-published authors promoting all types of books, whether it’s their first book or their 15th book. He’s handled publicity for books by CEOs, CIA Officers, Navy SEALS, Homemakers, Fitness Gurus, Doctors, Lawyers and Adventurers. His clients have been featured by Good Morning America, FOX & Friends, CNN, ABC News, New York Times, Nightline, TIME, PBS, LA Times, USA Today, Washington Post, Woman’s World, & Howard Stern to name a few.