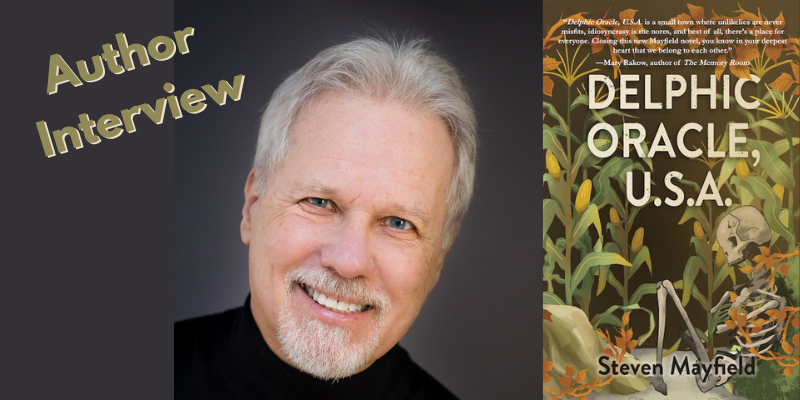 The town of Delphic Oracle is very much a character in its own right and a very well-developed one at that. Is it based on a real place?

The ambience and geography of the town of Delphic Oracle is based on the place where I grew up in Nebraska. However, none of the characters in the book resemble anyone who lived there at the time and it’s likely that the fog of memory may have moved a map line or redirected a river.

The incorrigible bunch of characters who live in Delphic Oracle are also a true delight to read about. Are any of them based on real people?

First of all, I’m glad they seem delightful. Thanks for saying that. They delight me, too, but I’m a receptive audience for my own inventions. Based on real people? Of course, every character I write has traits or features based on my experience, including people I’ve crossed paths with. I often think of my wife when writing the female characters I really like. She’s smart and funny and beautiful and kind of fearless. However, I mostly let the characters in my books run their own lives, pulling me along with them. That said, librarian Felicity Penrod has similarities to my favorite elementary school teacher and July Pennybaker is every bit as good-looking as I wish I was.

Given the strength of both the people and the place, which came first: the characters or the setting?

The setting didn’t come first, but it certainly rammed its way in. Delphic Oracle, U.S.A. began as a short story. I then began another story and realized that the protagonists in both pieces lived in the same town. Those two stories became Chapters Two and Four of the book. Subsequently, I rifled through my Ideas file and found a bunch of orphan characters who also wanted to move to Delphic Oracle. So, the characters were around. They were just waiting for a place to live.

As you had so many characters available to you, what made you decide to have Father Peter serve as the narrator of the story?

San Francisco-based novelist and editor Mary Rakow worked with me on an early draft of the book. She suggested that I switch from an omniscient to a first-person point of view. Father Peter—as a descendant of the Oracle of Delphi, the recipient of his grandmother’s treasure trove of memories, and a person privy to secrets, secular and otherwise—seemed pretty omniscient to me. It blended the narrative voices.

How did you settle on the time period for the story? Did you always intend it to start in 1919 and move through to the early 2000s, or did the characters’ actions influence the times when events took place?

As mentioned, I had some characters loitering about in my Ideas file. They spanned nearly a century in America, so I really had no choice, did I?

Did you always intend to include a murder mystery in the slice of eccentric small-town life featured in the book or did that thread develop as you wrote?

The murder developed as I wrote but came to me early after I realized that the shinbone Regretful’s dog digs up in Chapter Two belongs to a human skeleton. Originally, it was a cow’s. Insofar as murder is concerned, I’ve only recently realized that Delphic Oracle, U.S.A.; my last book, Treasure of the Blue Whale (Regal House 2020); and the next one, “The Penny Mansions” (Regal House, Fall 2023), all have crimes as subplots, even though none of them are crime novels, per se. Maybe I’m watching too many police procedurals on TV?

There are family trees interspersed throughout the book. Did you construct them all during the planning stage or did they take shape as the story progressed?

I developed the family trees once a final version was done and I knew who was still around (Some fell victim to the Almighty Delete Key.). There are a lot of characters, hence the caveat in the Prologue (“You are about to meet a great many people, too many to keep track of at first.”). It seemed only fair to provide readers with visual aids. You can’t know all the players without a program, right?

It seems like the inhabitants of Delphic Oracle might have many more stories to tell. Have you any plans to write more novels or, maybe, short stories set in the town?

I originally had another chapter in the book that was pulled. The character was a bit disconnected from the others in both temperament and chronology. Moreover, the chapter was too long (45,000 words). One of the people in my writing group suggested that I take it out and revise it as a novella. I knew the moment she said it, that she was right. I also wrote two short stories with outlines for three more following the escapades of Regretful Peaseblossom, the eleven-year-old baseball prodigy of Delphic Oracle, U.S.A. I haven’t done anything with these pieces for a long time and they’ve become a bit like the discarded toys of my childhood. I’ve got newer, shinier things that keep beckoning.

Outside of Delphic Oracle, what are you working on at the moment?

I always have multiple projects going until one of them becomes insistent. Right now, I have a rough draft about a mortal who shows up in the Afterlife to haunt the ghosts, a novella about 40% done that chronicles the sixty seconds before and after midnight on V-E Day from the points of view of nine characters, and the shiniest of them, a book about a jury’s deliberation that I’ve tentatively entitled, “Mrs. Surrey Tips the Jury.” I confess that I love the title and will be petulant if an editor changes it. Presently, I’m developing an outline for the book but can already tell, that once I start writing, this is the child that will pout mightily if I pay any attention at all to the others.

What are you currently reading?

In Search of the Magic Theater by Karla Huebner. It’s a dual narrative piece and she’s a clever writer. I just finished two great books, Blithedale Canyon by Michael Bourne and What Disappears by Barbara Quick. Both are five star reads. 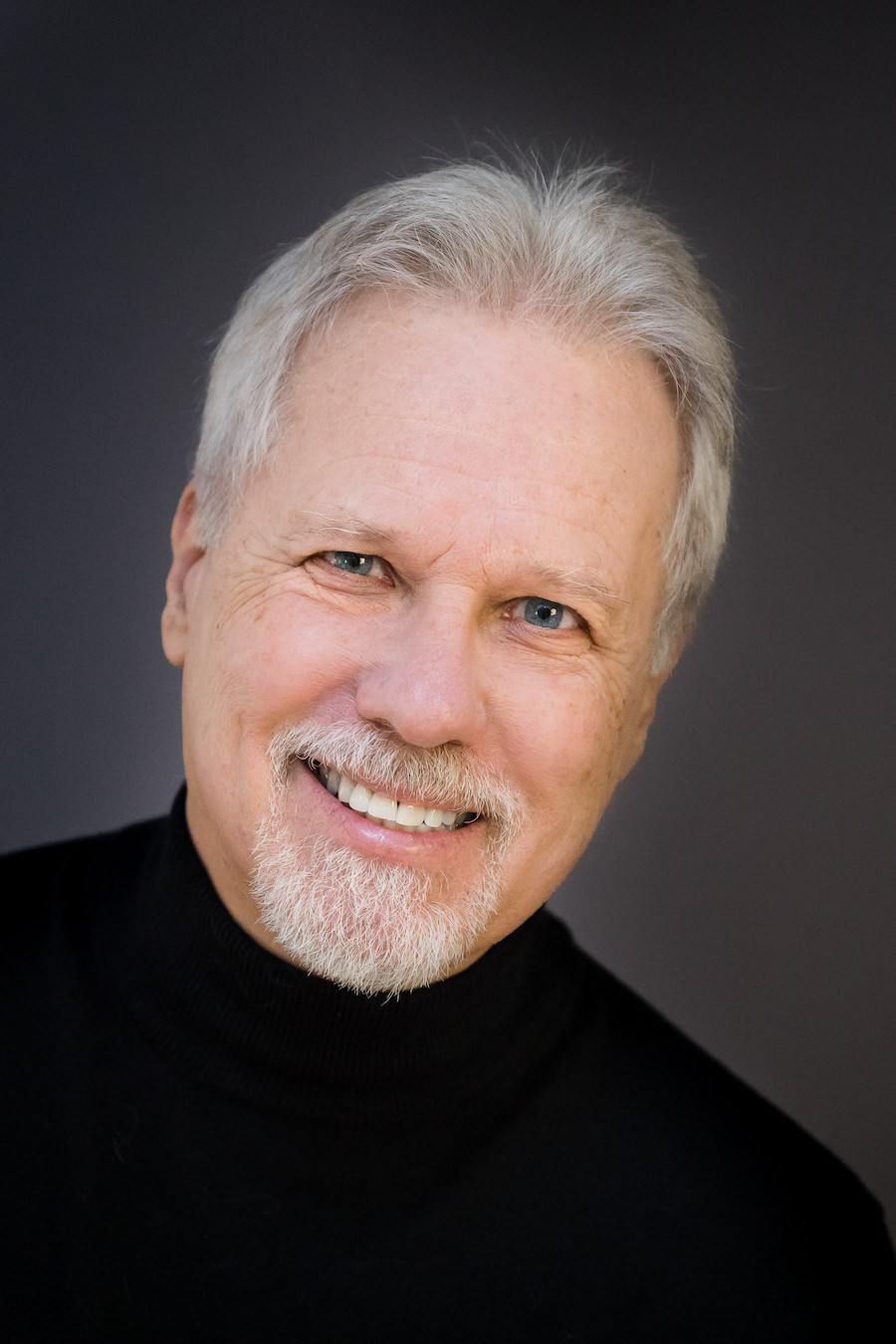 Steven Mayfield is the award-winning author of Treasure of the Blue Whale (Regal House 2020) and Howling at the Moon (Mt. Parnassus Press 2010). A former neonatologist with forty publications in the medical/scientific literature, his fiction has appeared in literary journals and anthologies since 1994. He lives in Portland, Oregon and can order beer and wine in four languages. His wife can say, “Pay no attention to this man,” in five.