Interview With S.G. Blaise, Author of The Last Lumenian 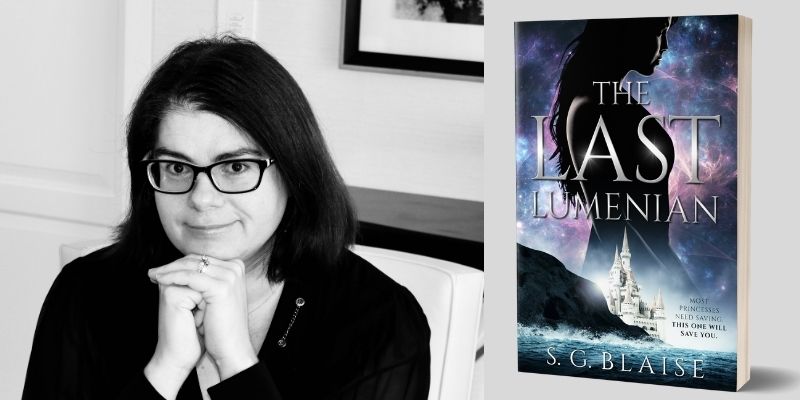 What were your influences when writing this novel?

I was on a European road trip with my family, visiting Germany, Austria and Hungary, when one night I woke up with the idea for this book. Surrounded by castles and so much history of monarchies and dictatorships, it shouldn’t be a surprise that my story centers around rebellion and war, granted that war is inter-galactic. Combined with my past experiences growing up under Soviet oppression, my country’s history of rebellions, they all played a role in creating a turmoulos setting for my main hero, Lilla.

The second influence writing this novel was the loss of my dad at the age of thirteen. Exploring grief and familial connections from the point of view of Lilla was quite an interesting endeavour. What would it be like to grow up with a father? What if this father favors his son, the heir? These are just a few of the questions I search through my hero to answer.

Being a hopeless romantic, there had to be a strong line of romance included in the story that was inspiring and gentle at the same time. Lilla had three romantic choices presented to her, each offering a different path in life. I think she picked the right one!

Lastly, this book–and the series arc as well–is a search for balance. Finding balance in personal life and on a larger, societal scale feels more important now than ever, given the current and past events. Balance is something I’m striving for; let it be in my writing or in my personal life, like finding time to travel. Well, after COVID-19 that is.

How did you come up with all the names and titles for the characters and places?

I can’t tell you how many hours I spent looking up Scottish and Irish names until I found the right ones! Like Callum, Glenna or Beathag. Lilla’s and Arrov’s names are made up, just like many of the names of the places or the monarchy titles. For the gods’ names I used a bit of tongue-in-cheek humor when I named the two main archgods Archgoddess of the Eternal Light and Order and Archgod of Chaos and Destruction. These names are a bit full of themselves, just like the characters. The rest have names originating from Latin words whose meanings I found fitting, like the word “praelium” which means “battle,”  or “umbrea,” which means “shadow.”

What exactly is a mage and what ranking do they have in Uhna society?

In my book, mages have a strong connection to elements (A’qua = Water; Fla’mma = Fire; A’ris = Air; T’erra = Soil; Anima = Nature) and they are known as “elementalist mages.” Due to a magical war that the mages lost, most were banned from many worlds until Lilla’s father, the Uhnan king, invited a mage to officiate his wedding for political reasons – mages are the ones who can make magical weapons, which the king wanted very much as a mysterious empire’s  conquering threat was approaching them.

What is the source of the magic that powers Uhna? Who controls it?

The source of the magic power is known as the Omnipower who controls everything: magic, governing rules of life and balance in the Seven Galaxies, with the help of the two ruling archgods. Everytime there is a significant shift in balance, a magical war, known as the Era War, breaks out to restore it.

If the mages “infused our technology with elemental magic hundreds of years ago”, why did they fall out of favour with the leaders of Uhna?

The mages had many temples built and dedicated to the six elements, to the guardian goddess of Uhna and to the Archgoddess of Eternal Light and Order. These temples demanded increasingly insurmountable taxes that led to a conflict breaking out between the mages and Uhna, who had seventeen other planets’ support as being part of a planetary coalition, known as the Pax Septum Coalition. But it was Lilla’s father who reinstated one mage on Uhna – as sort of a trial and as preparation to the mysterious empire’s threat. While Ragnald had the title of “Royal Elementalist Mage,” it gave him no real rank or respect on Uhna.

Don’t you find there’s a contradiction that a society with such advanced technology is so backward regarding human rights and governance with such things as a monarchy, marriage contracts, concubines and using refugees as slaves?

While this may seem like a contradiction, it actually has roots in real life. Even though a society is technologically advanced, it doesn’t mean they are also equally advanced socially. I think the Uhnan society is a good representation of this contradiction. They may seem progressive in many areas like technology, weapons, etc. while still severely behind in other aspects like gender equality, democracy, having gender double-standards or even a forced caste system. The Uhnan fictional society mirrors real life examples surrounding us day in and day out. Without turning too political, I don’t think we have to go far to find examples of any one of the above mentioned areas in the news, or even in our personal life, that are still in serious discrepancy with the technologically-modern twenty-first century.

Why is Lilla motivated to join the rebels? Who is killing the refugees and citizens and why?

Lilla’s motivation to join the rebels comes from a strong example of her mom, who taught Lilla to “always protect those who cannot protect themselves.” Lilla also knows it is the right thing to do. As to who is killing the refugees and citizens, I cannot give you an answer, for that would be a spoiler. You’ll have to read the story to find out.

How do you reconcile gods and mortals? By definition Gods are omnipotent. They can reach into a mortal’s chest and squeeze his heart, summon a partial vision of the galaxy with a wave of his hand yet the Archgod of Chaos and Destruction has to have Loch Ramor bring him a suitable body to hide in while he searches for the last Lumenian. Couldn’t he create his own disguise?

Great question! It’s true that the archgod was well on his way to find a suitable body without the help of Loch Ramor. However Loch, being fast-thinking and cunning, manipulated the archgod to believe Loch’s usefulness and thus he escaped the fate of either becoming said “suitable body” or die in the process.

What is the Archgod of Chaos and Destruction’s (AGCD) motivation to start an Era War?  What plans does he have for the universe once he rules it?

I cannot go into too much detail, as this is something the readers will discover reading the book, but I can say that the Archgod of Chaos and Destruction has a good reason, at least he thinks so. Both archgods are rivals of each other, fighting for the same things for as long as they’ve known. As to what AGCD’s plans are for the universe once he rules it – we better hope Lilla and friends won’t find that out, because the Seven Galaxies would never be the same!

I love this question because the readers, along with Lilla, will find out the answer to this question as the series progresses in each book. Without spoiling too much, let’s just say that the archgod is right to be afraid of Lilla, for she has unique powers she is yet to discover herself. 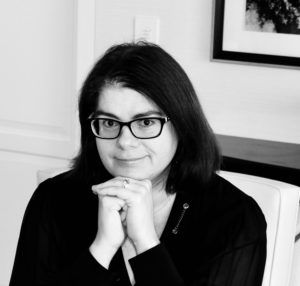 S.G. was born in a faraway land of castles, monarchies and fallen dictatorships. Hollywood movies were forbidden under the Soviet oppression during her childhood, but her dad smuggled them in anyway, risking his life so that his children could experience the magic and hope inherent in those stories. She watched rebellions unfold in real time. Journeyed across the Atlantic Ocean for love. She ended up in sunny California, where she is living her dream – writing stories and annoying family members.