Interview with Robert Masello, Author of The Night Crossing 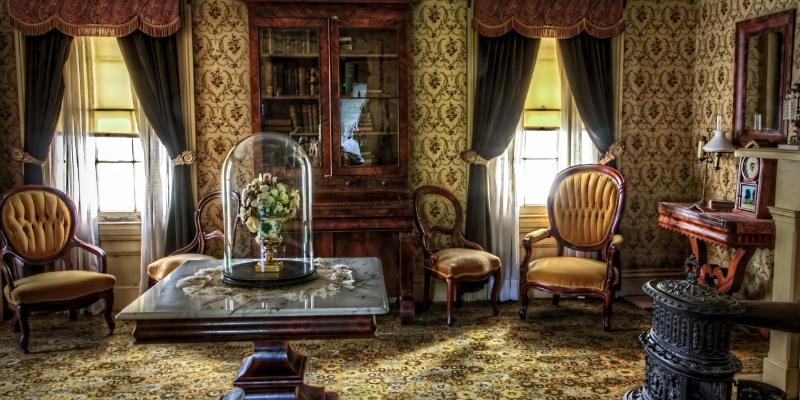 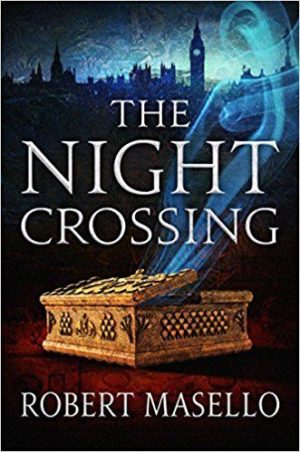 Robert Masello’s The Night Crossing begins among the Carpathian peaks, when an intrepid explorer discovers a mysterious golden box. She brings it back with her to the foggy streets of Victorian London, unaware of its dangerous power…or that an evil beyond imagining has already taken root in the city.

Stoker, a successful theater manager but frustrated writer, is drawn into a deadly web spun by the wealthy founders of a mission house for the poor. Far from a safe haven, the mission harbors a dark and terrifying secret.

To save the souls of thousands, Stoker—aided by the explorer and a match girl grieving the loss of her child—must pursue an enemy as ancient as the Saharan sands where it originated. Their journey will take them through the city’s overgrown graveyards and rat-infested tunnels and even onto the maiden voyage of the world’s first “unsinkable” ship…

San Francisco Book Review-er Melissa Lockaby interviewed Robert Masello about The NIght Crossing, his inspiration, his research, and what’s on his bookshelf.

Melissa Lockaby: Do you find it difficult to incorporate actual people and historical artifacts into your novels – trying to remain true to the person and event while weaving your own story into it?

Robert Masello: While incorporating actual history — events and persons — into my fictional narratives can pose problems, more often than not I find it a boon.  In my latest novel, The Night Crossing, for example,  I was able to use the actual Bram Stoker, among many others — Conan Doyle, Oscar Wilde’s mother, Sir Henry Irving, the first actor ever knighted — to give the story a sense of reality. It grounds the fantastical elements and, I think, makes them more believable.

ML: You incorporate real people into your novels.  Who would you most like to meet and what would you talk about?

RM: My most recent novels do include, and feature, many real people, and all of them are people I would have liked to meet, even the mad monk Rasputin (who appears in The Romanov Cross).  But of them all, I think I’d most like to meet Robert Louis Stevenson, who stars in The Jekyll Revelation.  I’d love to talk to him about the inspiration for his many novels and stories, and just tell him how much I enjoyed reading them when I was growing up.  Oh, wait, and, of course, there’s Albert Einstein (The Einstein Prophecy). On his deathbed, he sat up and uttered something in German, but his American nurses didn’t understand it. I’d love to know what he said!  (Was it the key to the Unified Field Theory?)

ML: Most of your books are stand-alone novels. Are there any characters that you could see continuing their story in a 2nd novel or series?

RM: Although most of my books are stand-alone, I did write two — Vigil and Bestiary – in which the same protagonists – Carter and Beth Cox — appeared. I’d have liked to write a third book, following the arrival of their heavenly (that is, born of an angel) offspring. Readers of those two books do regularly contact me, asking what happened next.

ML: Your book Robert’s Rules of Writing has been used in college classrooms, and you’ve taught university courses. What have you learned about writing from students?

RM: Teaching writing has taught me to value, above all, clarity of thought.  It’s one of the hardest things to explain to students, and one of the things that I strive for in my own work all the time. The fastest way to lose a reader is to confuse him or her.

ML: How do you go from romance to horror to self-help?
RM: Over the course of my career, I have indeed careened from romance to horror and even to books of publishing and etiquette advice, a pattern which used to serve as a way to keep my brain awake and refreshed. But in the past few years, I have honed in on my first love — historical novels — and pretty much stuck to that. In the practical sense, it’s also the best way to cultivate and retain an audience — which allows you to keep writing and getting published.

ML: Do you have a story that’s been sitting dusty on your shelf that you would like to bring back to life and turn into a book?

RM: I wish I could say that I had not one, but a bunch of stories sitting on my shelf, just waiting to be brought back to life, but in truth I get about one good idea a year and usually get right on it.  That said, I had wanted to do a book about Isaac Newton, who was not only a great scientist but a devoted alchemist, and one day may take another crack at it.

RM: I don’t have many writing quirks (I hope), though I do find it hard to write anywhere other than in my own dim, little, book-crammed office upstairs.  I also have my old Brookstone sound machine handy, so when necessary I can play the sounds of a thunderstorm, or babbling stream, to block out ambient noise, and create the proper atmosphere for the scene I’m writing.

ML: Have the different formats for books (audio versus eBook versus print) changed your writing?

RM: I don’t think the various formats have changed my writing per se, but I have learned over time to adjust to the shortened attention span of readers and to the fact that they might be reading on a cell phone, on a crowded subway, while driving at high speeds on a congested highway.  I’m trying (though with limited success) to write faster and leaner prose.

ML: Vampire, werewolf, or zombie. Which one are you?

RM: Given my nocturnal writing habits (I go to bed around four in the morning), I guess I would be a vampire, but when I struggle out of bed around noon, I’m a zombie for an hour or two. The only times I might be a werewolf is when I’m truly stuck on a plot problem (a hazard of writing, as I do, without any outline) and go a little nuts.

ML: What are you reading right now?

RM: Right now I’m reading, for research, several novels by Pat Barker, the English author whose books, set against the backdrop of the First World War, are uniformly brilliant — and for sheer pleasure, the autobiographical Always Look on the Bright Side of Life by Eric Idle, of Monty Python fame. Some hilarious stories. 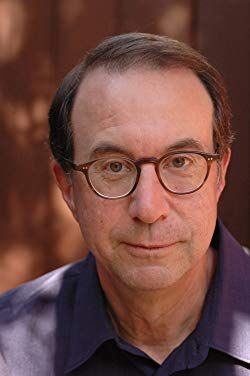 Robert Masello is an award-winning journalist, television writer, and the bestselling author of many novels and nonfiction books. His most recent novels, published in seventeen languages, include The Jekyll Revelation, The Einstein Prophecy, The Romanov Cross, The Medusa Amulet, and Blood and Ice. His guide to composition, Robert’s Rules of Writing, has been adopted for many college classrooms, while his articles, essays, and reviews have appeared in The Los Angeles Times, The Washington Post, New York Magazine, People, Newsday, Parade, Glamor, Town and Country, Cosmopolitan, Travel and Leisure, and The Wilson Quarterly. A long-standing member of the Writers Guild of America, he has taught and lectured at colleges and universities nationwide, including New York University and the Columbia University Graduate School of Journalism; for six years, he served as the Visiting Lecturer in Literature at  Claremont McKenna College.

A native of Evanston, Illinois, he studied writing under the noted authors Robert Stone and Geoffrey Wolff at Princeton University. He now lives in Santa Monica, California.