Interview with Pat Thomas, author of Did It! 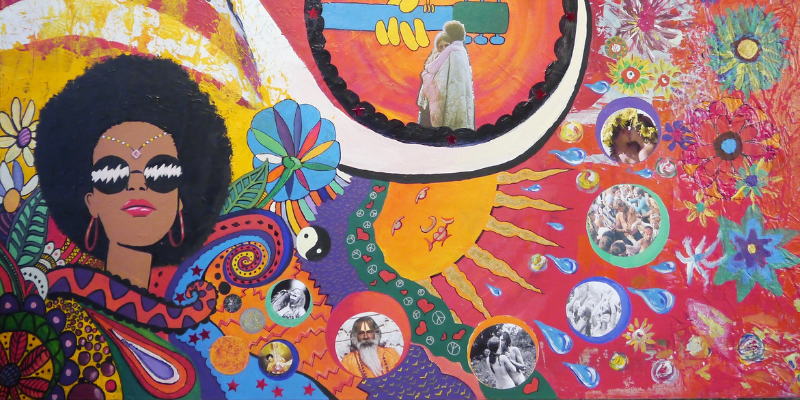 In today’s political climate, it’s important to remember the people in the 1960s that were raging against the machine. Jerry Rubin and his pal Abbie Hoffman were the leaders of the Yippies – a group of young people organized against the presidency of Richard Nixon and the immoral war in Vietnam, and they supported the struggle of the Black Power Movement. Decades later, Abbie is remembered as a saint, while Rubin’s legacy became tarnished when he put on a suit and tie in the 1980s. His old followers cried “sell out,” when in fact Rubin was simply a liberal Democrat trying to market solar panels and green energy – he was not selling stocks and bonds. I felt like both his Yippie and his Yuppie story needed to be told factually.

You quote someone in reference to protests organized by Jerry as stating, “It was the first time that I thought of politics as being theatrical.” Isn’t this where we’re at today? It seems that most political events now are not so much news items as staged theater, public-relations stunts. And it seems to have spread over into the field of music, in which image – often the more outrageous, the better – appears to count far more than content or talent.

Good point! A few people have suggested that Trump and Ann Coulter are carrying on the Yippie tradition of outrageous statements guaranteed to land media coverage. There’s a number of differences to point out. One is that Trump and Coulter are right-wingers trying to scare their “fan base” with false statements meant to inspire hatred toward liberals, people of color, and gays. Jerry and Abbie used humor to bring attention to the fact that thousands of Americans were dying needlessly in the Vietnam War and that the Nixon administration was corrupt. History has proven that the Yippies were correct! Hopefully history will see our current government in the same way we now see the Confederate states during the Civil War.

Wikipedia lists Abbie Hoffman as an “American social activist.” By contrast, Rubin is listed as an “American businessman.” How is it that today Hoffman is generally viewed as more important than Rubin?

I touched on that briefly above, but I’ll dig in a bit more. Hoffman was amazing but not perfect – I interviewed nearly 100 people who knew both of them. In the 80s, Hoffman was playing the stock-market and big time investing in foreign commodities. That’s not a crime, but [I’m] just pointing out that Hoffman didn’t like being poor later in life either. Also let’s not forget Rubin didn’t go underground for political reasons- he got arrested for dealing cocaine. On Wall Street, Rubin was not selling stocks and bonds, he was trying to promote solar panel and green energy several years before the world really cared. He was a “marketing guy” for ecology – not a trader nor a traitor. He was never a Republican or right winger, always a liberal Democrat in the 1980s and 1990s. Hoffman was not a saint, Rubin was not the devil – people are complex.

One of the points alluded to in Did It! Is that the Yippies were political radicals who incorporated humor and satire and irony in their protest activities, and also Black (African-American) attitude and style. What crossovers, if any, did you find in researching and writing Did It! and your earlier work, Listen Whitey! The Sounds of Black Power 1965-1975?

There’s a ton of crossover between the Black Panthers and the Yippies, not the least of which was that both groups were thought of as enemies of the state. J. Edgar Hoover hated them equally. Bobby Seale was part of the Chicago 8 Trial along with Jerry and Abbie. Rubin was friends with Eldridge Cleaver, who wrote the introduction to Rubin’s book Do it!  – while Hoffman donated profits from his Steal This Book to the Black Panther Party.  I discuss the Yippies in my Black Power book, and I discuss the Panthers in my Yippie book. This is an era when the counter culture bonded together: political activists along with writers like Norman Mailer and Allen Ginsberg and musicians such as the Jefferson Airplane and John and Yoko. 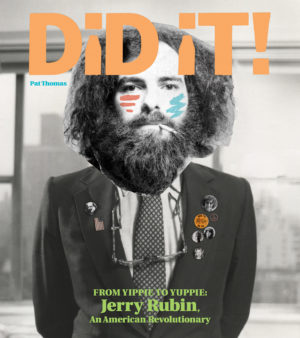 Jerry Rubin seems to serve as a cautionary tale for the notion that once you’re a hipster you can never let go of the role you’ve been assigned. If you do, you will be severely attacked. John Lennon experienced this and wrote about it in the song “Watching the Wheels”: “Don’t you miss the big time, boy, you’re no longer on the ball?” Do you agree?

Yes, Rubin was reviled for simply shaving off his beard and diving into health food and yoga after Nixon was re-elected in 1972 (several years before Jerry popped up on Wall Street). So, yes “the movement” was pissed at Rubin for simply dropping out of his assigned role. Meanwhile Beatles fans were pissed at Lennon for not recording albums during the second half of the 1970s. One thing that my book explores in detail is the close relationship between Lennon and Rubin during 1971-72. Most Lennon biographies just gloss over it, but I tracked down many people who had not been interviewed before, and over many pages they discuss the complex friendship between these two. Including Yoko as well and an angry letter she sent to Rubin during the time they were all trying to force Nixon out of the White House.

In the end, did Rubin sell out? Or was, for example, his working on Wall Street simply part of a huge con – more cultural and political theater, if you will?

I’ve addressed the notion of selling out earlier in this interview, but in terms of theater, I wouldn’t say putting on a suit and tie was an act; it was Rubin simply embracing and changing with the times. The bottom line is – even in a suit, nobody from the old days trusted him. No office on Wall Street wanted to give him the keys to the office because they were afraid maybe the whole thing was a prank and he’d wreck the place over the weekend. One thing I learned from writing this book is empathy. Rubin was eventually forced to go into business for himself, selling vitamins later in life – because nobody fully trusted his intentions in the workplace. I think Rubin was always sincere – because he couldn’t have been that good of an actor. He took many blows to the skull for protesting the Vietnam War. He was shunned for being a businessman, but he believed this his brand of vitamins was the best on the market.

Several of the prominent radicals from the 60s and 70s – like Jerry and Abbie and Phil Ochs – died young and/or tragically. Did their fame and early notoriety do them in?

You think it’s stressful when you get too many emails or texts – you wanna know what’s stressful? Try getting your head bashed in by a Chicago police officer for protesting an immoral war – then being charged for inciting a riot where the judge is taking orders directly from the FBI on how to act in the courtroom. We forget how young these people were – I haven’t met many twenty or thirty year olds today who have put their life on the line like the Yippies or Panthers did back then for what they really believed in. Then again, it’s dangerous just to walk the streets as a black person today, looking at the number of police shootings lately.

What’s the best – and perhaps most unexpected – question you’ve been asked on the Did It! book tour?

I wouldn’t say it was “best” – but it was weird. Somebody asked me at a book event in Seattle if Jerry and Abbie were gay lovers being paid by the Russians to protest the Vietnam War. Wow! 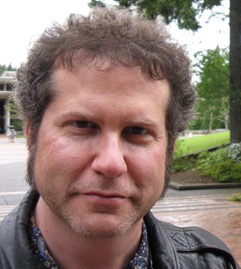 Pat Thomas is the author of the book Did It! Jerry Rubin: An American Revolutionary and also the author of Listen, Whitey! The sights & sounds of Black Power 1965-1975 and the co-curator of Invitation to Openness: The Jazz & Soul Photography of Les McCann 1960-1980 (all three published by Fantagraphics Books). He is co-editor of Hat & Beard’s book about Dennis Hopper, Along For The Ride; a contributor to The (Original) Adventures of Ford Fairlane: The Long Lost Rock n’ Roll Detective Stories published by Rare Bird; and a contributor to Kerouac on Record: A Literary Soundtrack published by Bloomsbury. He was a consultant to the PBS documentary The Black Panthers: Vanguard of the Revolution and compiled the three-CD box-set The Last Word on First Blues for the Allen Ginsberg Estate, released by Omnivore Recordings. You can find him on Facebook here.