Interview with Michael Dane, author of HomoAmerican – The Secret Society 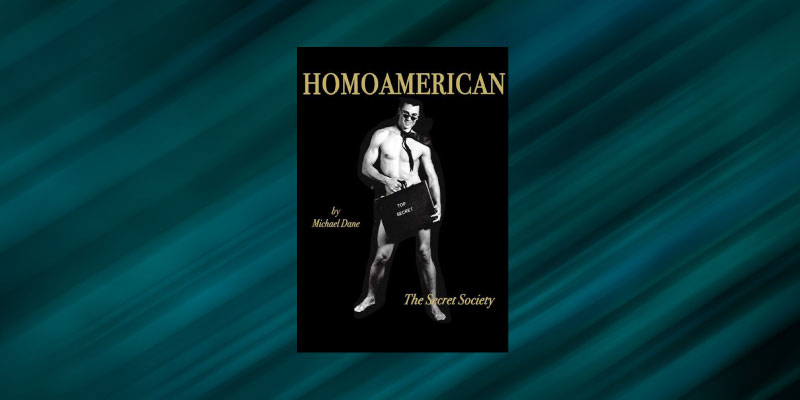 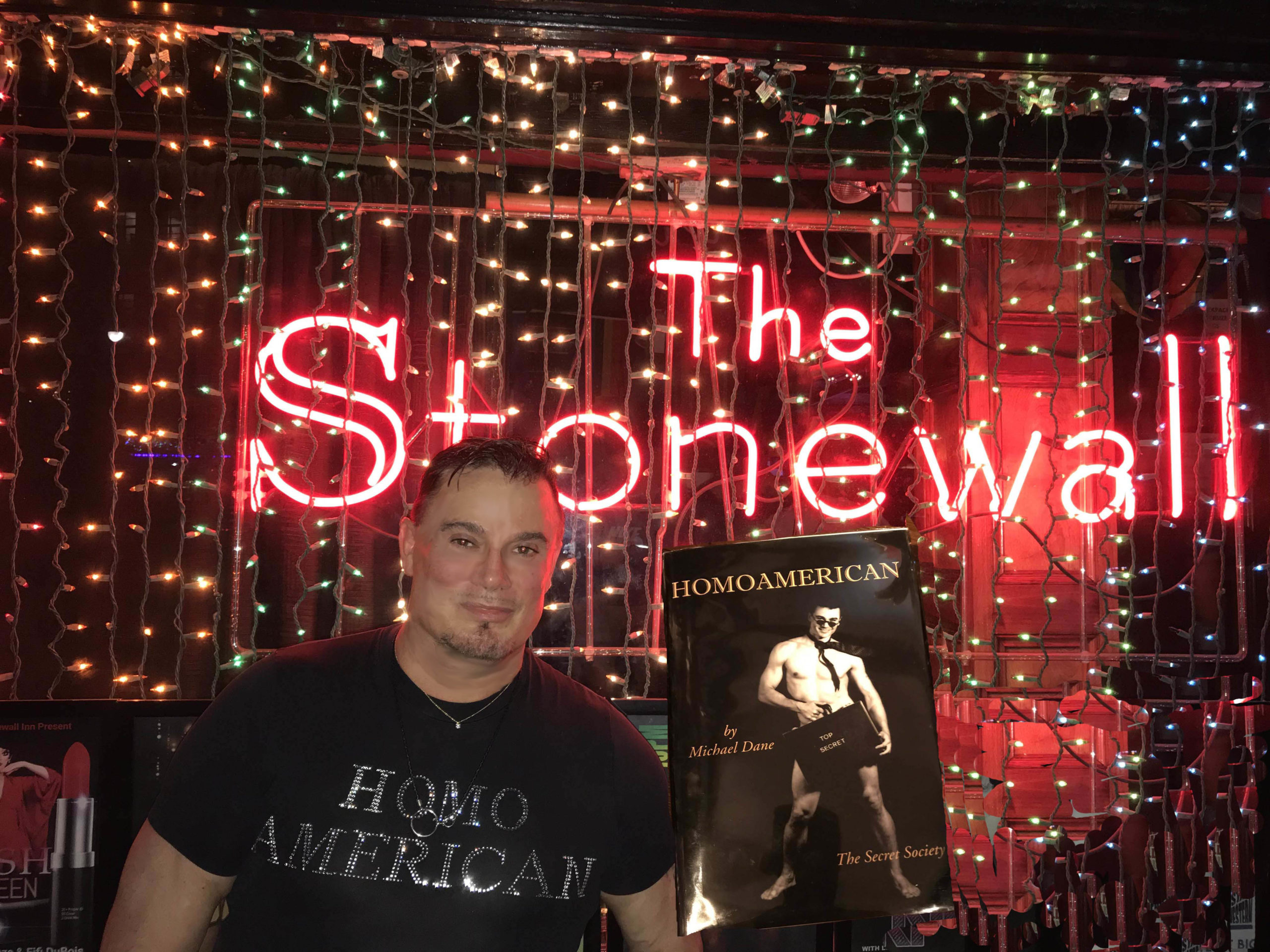 Michael Dane is the author of HomoAmerican – The Secret Society, a multiple award-winning and critically acclaimed story of self-discovery with the burgeoning pre- and post-Stonewall gay rights movement at its heart. Michael’s stories explore the many means of expression and avenues of escape pursued by those who confronted the confines of a repressive society. His characters chased the promises and myths of personal liberation as they wandered along creative, frustrating, and dangerous paths in search of another society. His stories honor those who live in disguise and have no reflection, those who grow up in isolation and create lives out of their own imagination.

The New York Public Library for the Performing Arts and the Stonewall National Museum & Archives have added HomoAmerican – The Secret Society to their research collections. Curators from the Indie Author Project (IAP) network have also selected HomoAmerican for the IAP Select Memoir Commercial Collection and BiblioBoard has added the book as a “Highlighted” selection to its anthology, Indie New York. HomoAmerican multiple awards include Royal Dragonfly’s 2020 eBook awards for Best Memoir, Best LGBT Book, and Best New Author – Non-Fiction; the Independent Author Network’s 2020 LGBTQ Book of the Year and finalist for the American Book Fest 2020 LGBTQ Book of the Year.

Q: What made you want to write a book about your life?
A: My motivations for writing this book are difficult to describe, but I’ll try. It’s a compulsion to tell a story that has never been told exactly the way I am telling it; a brutally honest account of a time that was. I was also strongly motivated by one of the great lessons of HomoAmerican — that in ghettos and stereotypes there is an underlying thread of a war, not with society at large, but with ourselves … that the cost of acceptance is always denial. We must be true to ourselves despite popular tastes and that lesson, once learned, is the real secret of success.

Q: How long did it take you to write this book?
A: When I was writing the book, I spent most every night working from about midnight until dawn. Eighteen years ago, I began the daunting task of dissecting thirty-three years of journals. I wrote and rewrote my book four times. Each time I finished one version, I started again at page one, broke it down completely, found the threads of plot, honed the story line, eliminated extraneous events and characters, and perfected those stories into the book we have today.

Q: Who do you hope will read your book?
A: Everyone! In HomoAmerican, my Secret Society is inclusive of all people who, for whatever reason are obliged to live in disguise. As a result of our conspicuous rebellion, that of simply being our true selves and not hiding, HomoAmerican presents another society — a Secret Society – of people who grew up and survived, despite a world where lies of omission shaped our destiny and kept us apart. HomoAmerican tells that very real story! I hope that all marginalized people–not only the LGBT community, but all those born without a reflection will find value and comfort in this honest account and perhaps feel less alone.

At the same time the book is all about storytelling and was written for anyone who loves a good story. HomoAmerican takes the reader by the hand, on this liberating, terrifying, joyful, and often quite funny journey through the dark decade of the 1950’s, the exuberance of the 1960’s and the performing arts world of the 1970’s and 1980’s. In the many vibrant characters and vivid first-hand accounts, HomoAmerican captures the creativity, originality and artistic and political climate that shaped the dance, music, and theatre worlds of that time.

I am thrilled to report that both The New York Public Library for the Performing Arts and the Stonewall National Museum & Archives have added HomoAmerican – The Secret Society to their research collections. So, my stories will live on at the NYPL alongside the collected papers of Mikhail Baryshnikov, Rudolf Nureyev, and Alexandra Danilova!

Q: How did you come up with your new last name?
A: The story of my last name is quite simple – I chose my mother’s maiden name as my surname. The story of my “new” first name, however, is much more interesting. I was born Dean Michael Kocee, on September 28, 1954, named for an uncle Dean, who my mother told me, died young from pricking his finger on a rose thorn and the infection that followed. Uncle Dean did die young, in 1917, of blood poisoning and whether the cause was one red rose, or not, Mamá believes it and so I choose to as well. It is, after all, a legacy of fairy tale proportion. This curse of consummate evil in the form of one red rose might have been my fate as well … but I was never called Dean.

Long before I ever knew of Uncle Dean or of his tragic death or of my mother’s wish to remember him in me, the fates were altered by my brother Alan, on the very day that I came home from the hospital in her arms. “I’m not calling him Dean,” he announced, “I’m calling him Mike!” With that …the spell was broken …I was newly baptized …I ceased to be one person and became another.

Q: What do you think is the oddest thing that ever happened to you during your travels?
A: Oh, my goodness! There are so many odd things and situations that have happened. The movie, A Certain Sacrifice, that Madonna and I made together before we began our careers, where I played her transvestite lover, was certainly odd. My escape from Iran over the Turkish Mountains, facing machine-guns at the Turkish border. Traveling over five long days and nights behind the old Iron Curtain across Eastern Europe without food or anything to drink. Being arrested for murder and shackled in a cell on a cold, snowy night in Paris. Being fitted for a wig on the main floor of Macy’s Herald Square in 1975 for my trip to Africa with Les Ballets Trockadero de Monte Carlo. All right, here’s one – confronting a SAVAK agent carrying a butcher’s knife, while wearing a blood-soaked costume at a Halloween party for Westerners in Tehran, just before the fall of the Shah. For the details on that odd event, or for all of them, you must read the book!

Q: What is one of your earliest memories?
A: One of my earliest memories is of a picnic in the back yard when I was too young to go to school and not feeling very special. My mother baked a three-layer cake and made each layer a different color. She made some sandwiches and took me to the very back of the yard and we had our own picnic on a blanket. My grandfather watched us from his window above and told her later, “It was just blame foolishness,” …but it wasn’t. She had a knack for fixing hurt parts inside with little more than a glance and could make you feel secure when you really had nothing at all. Children’s hearts are delicate things, fragile and easily broken, but in the right hands they are also mended. I was still safe to hold out my hand and certain that one person would take it and protect me.

Q: Your book is such a mixture of wild adventure and painful introspection. Can you share a bit of your process?
A: Every event, joyous or sad, I believe, is best expressed simply, as it happened, without embellishment. I use the first person singular to tell my story, but it is not a narration. I take the reader by the hand and together we encounter the first 33 years of my life just as I lived it, ignorant and vulnerable, strong and frightened. Through my varied travels and inner thoughts, I allow myself to be surprised and so the reader is as well.

Q: What are your current goals and aspirations?
A: I am devoted to the promotion of my book, with the fervor of an evangelical preacher spreading the good word! I would love for HomoAmerican to reach the broadest audience and am currently exploring opportunities for collaboration to achieve that goal.

Q: Is there anything not covered in your book that you would like your readers to know about you and if so, what?
A: I am committed to the power of storytelling as a way to preserve and share the culture of LGBT people and their role in society. The stories within HomoAmerican explore the intense feelings of liberation and alienation that characterized the search for individual and collective identity before and after the Stonewall Rebellion. My exploration of identity unfolds alongside the collective search for identity in the burgeoning gay rights movement of the last quarter of the twentieth century. HomoAmerican provides detailed, first-hand accounts of early pride celebrations, political events, the performing arts, nightlife and cruising scenes in San Francisco, New York, and other cities during the 1970s and 1980s. These contemporaneous accounts capture the personal and collective struggles, creativity, originality, artistic legacy, and political sensibilities that shaped much of the LGBT Rights Movement from 1969 to 1982.

I am driven to preserve the legacy of a time that, I believe, is being sanitized, mythologized, or erased to conform to current tastes and palatable consumption. I mentioned before that that my book has been added to the research collection of the Stonewall National Museum & Archives. I am also thrilled to report that the Gerber/Hart Library and Archives in Chicago, and The Quatrefoil Library in Minneapolis, two of the country’s oldest and biggest LGBT libraries and archives, have also added HomoAmerican to their circulating collections.

Q: If you had to describe yourself in three words, what would they be?
A: Introspective. Unforgettable. Dreamer.