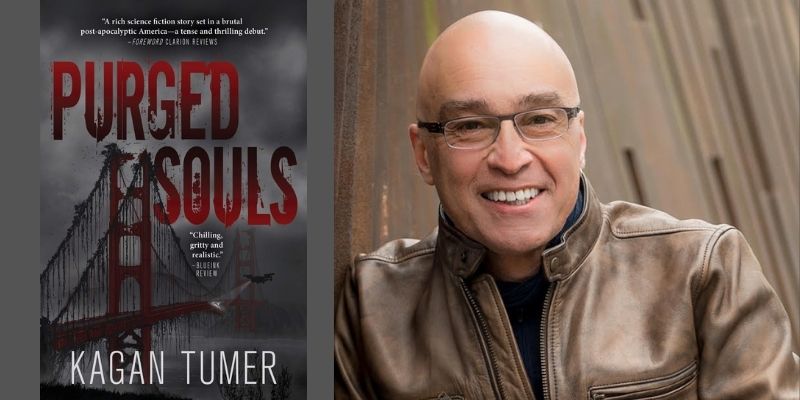 Tell us a few things about Purged Souls.

Purged Souls is about exploring human nature in the face of adversity. How do you react when everything you believed to be true turns out to be wrong? Do you hide? Do you lash out? Do you ignore the evidence? Or do you reassess your worldview and adapt?

It’s about redemption. What you do matters, and your actions have consequences. But that doesn’t mean one action has to define you. You get to write and rewrite your own story.

It’s about life. How friends turn into family and how trust is the root of any stable relationship, and no matter how good you are at what you do, you need a bit of help now and then.

And yes, I can’t avoid the elephant in the room, Purged Souls is set in a post-pandemic California.

What inspired you to write Purged Souls?

I wanted to explore what happens to your bond when you only see each other once a year. Do you still know the person? Is the person you care about the same person who sits in front of you?

We moved a lot when I was growing up, so I made and lost a lot of friends as we packed up and left yet another town. So this is a topic that means a lot to me. I didn’t really set out to write about a post-pandemic world. I needed to create a harsh, unfriendly world with factions and fenced-in mini states that made the characters’ movement difficult.

I’m still surprised when people ask me why I wrote about a pandemic because as far as I’m concerned, I wrote a book about friendship and redemption.

Tell us a few things about Lori and Mika.

Lori was a teenager when the pandemic hit. Mika was even younger. They found each other and became family, fighting to survive every day. But now, Lori is a tough military leader who pushed everyone away. Her only goal is to make those around her “safe” but her methods are questionable.

Mika lives across a border, so in the rare moments they meet,  they only see what they want to see in each other.  But the events in the book break that illusion. He is the only person who can push Lori to see things she doesn’t want to see, but his attempts don’t go well. They exchange some harsh words, and part on bad terms. But in the end, their bond gets stronger through the ordeals they go through, and the resolution showcases what they’re willing to do for each other.

What was the hardest part of writing Purged Souls?

The hardest part was striking a balance between the characters and the mystery around the virus and its effects. Some days I focused on the twists and turns that drove the plot. But the plot needed compelling and believable characters so the reader could discover the issues through the characters’ eyes.

Other days I focused on the character dynamics. We have the strong bond between Lori and Mika who are childhood friends but don’t see eye to eye on much. We have the budding love story between Mika and Amy but there is a lot of baggage they need to let go. And we have the tense, conflict-driven interactions between Amy and Lori who are negotiating for the future of their states. But these characters needed a strong plot to support those complex relationships.

So the hardest part was weaving those interactions and character moments into the mystery that drives the plot without one becoming a vehicle for the other.

How long did the writing process take you?

It’s embarrassing to answer this one. From conception to publication, it took seven years. That includes two years of writing random scenes and two years of waiting for publication. So the main writing and editing process took about three years.

Was there a moment that you said, “I give up”?

No, I was too committed to these characters, to this story to give up. But if you’re asking me whether there were moments I questioned whether Purged Souls would ever see the light of day, yes, I had those.

One setback was particularly painful. A little over two years ago, I sold Purged Souls to a publisher. With the contract done, we started talking edits, covers, social media, it was a whirlwind, but also exciting. Then a few months later they had a major reshuffle of their editorial office and I was informed that unless we made major changes (that would have completely gutted the story and changed the characters) they weren’t going to move forward. I eventually got my rights back, but that was a gut punch. Not finding a publisher is hard. But getting a deal and losing it is worse!

Can we expect a sequel?

I can safely say yes because I turned in the manuscript to my editor!

Unfortunately, I can’t really say much about it without giving away key plot and character elements from Purged Souls. But I can say that the sequel is set six months after the events in Purged Souls, and that it will be released in Spring 2021. 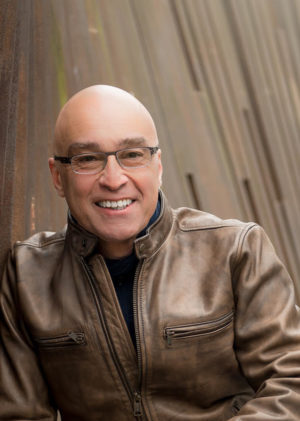 Kagan Tumer is a science fiction author and professor of Robotics and AI. He attended seven schools in five cities in four countries, all before reaching high school, and is steadily moving west, from Virginia to Texas to California to Oregon. Along the way, Kagan worked as a food server, registrar’s office clerk, print shop copier, soccer referee, math tutor, and well logging engineer. He has a Ph.D. in Computer Engineering and spent nine years in San Francisco working for NASA on autonomous robot coordination.  He now lives in the Pacific Northwest and when not writing, he ponders AI ethics, teaches robotics, consults for TV/movie AI projects, and mentors future scientists.