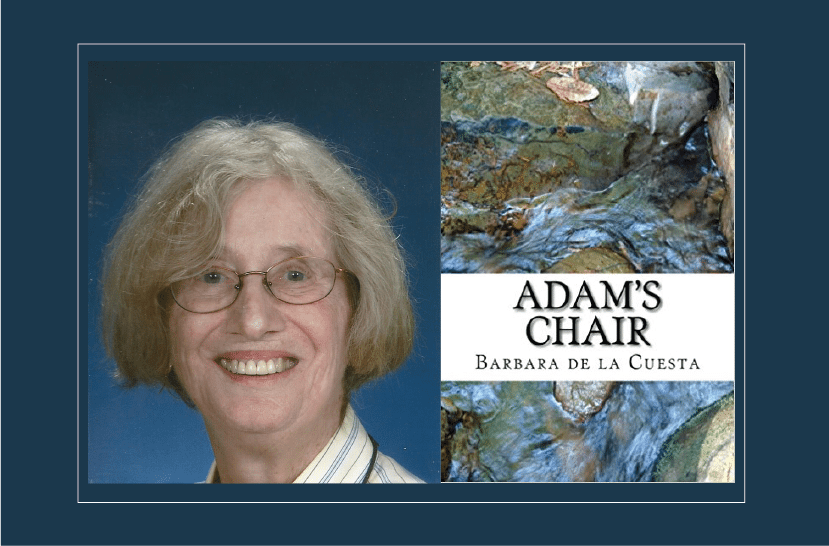 Barbara de la Cuesta has one published novel, The Spanish Teacher, winner of the Gival Press Fiction Prize in 2007.  She has been a past recipient of fellowships in fiction from the Massachusetts Artists’ Foundation and the New Jersey Council on the Arts, as well as residencies at the Ragdale Foundation, The Virginia Center, and the Millay Colony. Her poetry collection will be published this year by Finishing Line Press.

She lives in New Jersey and teaches English as a Second Language and Spanish.

Why did you choose the stream of consciousness literary form for this novel? Do you feel it works well, overall?

I chose stream of consciousness for the opening novella, Waltham, because it seemed the best way to show the multilayers of life that take place in one day in one city.  I tried to give a glimpse of the many ethnic groups that give such richness to a place like Waltham, with its history of immigration: Irish, French Canadians, Swedes, Central Americans, as well as some descendants of the Pilgrim Fathers.

any ethnic groups that give such richness to a place like Waltham, with its history of immigration: Irish, French Canadians, Swedes, Central Americans, as well as some descendants of the Pilgrim Fathers.

Where did your interest in healthcare workers come from?

Healthcare workers are the ones who see more of city life than most of us. I worked in an elderly day center during my time in Waltham and also taught English as a Second Language, so I had my glimpses into these two communities. As well, I was privileged to work as a volunteer in a project in which Brandeis University and the local News Tribune interviewed the retired workers of the woolen mill and the Watch Factory about their experiences as the first wave of immigrants to begin the industrial revolution in this country.

Do you feel that this novel has a generally hopeful tone?

As for a hopeful tone, I like to think my main characters are all winners. Priscilla’s bicycle accident leads her to see herself as a valuable person, Henrietta wins over her family, and Rose wins her legal papers and recovers Wolfie.

Why do you use the Columbia news and quotes from General Winthrop? Do you feel they fit well where they are used?

With my references to Governor Windsor, Paul Moody, and Mt. Peake Cemetary, I hoped to bring a sense of the past to my portrayal of Waltham. The shuttle over-head might refer to the future.

Are the characters based on real people?

Most of the characters are composites of people I knew through my work in a day center and as a teacher of English to mostly Latin Americans.

Do you feel it was important for Rosa to be illegal and to become legal?

It’s important for Rosa to become sure of herself and respected. Once she becomes so, she discovers she was already legal.

You write about Henrietta’s battle with alcoholism so vividly and with such care and kindness. Did you pull that experience from somewhere close to you?

I come from a family of alcoholics, and like Henrietta Rose, have sat in a lot of AA meetings. I am partly Priscilla, without her intensity, and partly Henrietta without her aristocratic childhood.

What are your personal literary influences?

In a sense, Henrietta’s story is a love song to Alcoholic’s Anonymous.  The Dalai Lama called it ”The most spiritual“ program he knew of. It is far from trendy, but it works as a life change.

Are your settings places that you have actually visited? Do you find it easier to write from travel experience?

My literary influences for this book were Virginia Wolff and, of course, James Joyce.  Some other influences are Alejo Carpentier and Gabriel Garcia Marquez.

Waltham was my home for twelve years. I rode my bicycle from Piety corner to Mt. Feake Cemetery, passing the old Woolen Mill every day. Like Henrietta Rose, I also lived many years in Latin America.

Henrietta thinks at one point “It isn’t my universe, you know, she wanted to tell them. To me, it’s an embarrassment.” The mothers in this novel seem to all be apologizing in some way to their children. Was that intentional? Do you think most mothers feel that way?

When my son was ten or so, he asked me if I just nicked a squirrel with my car, and it was still alive, would I pick it up and take it to the vet? I had to say probably not. It was a hard moment I’m sure all mothers have experienced.