Andrew Blencowe, Author of The Last Bastion of Civilization 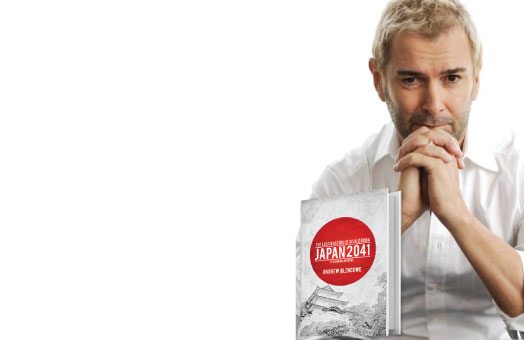 Alex C. Telander: What made you decide to become a writer?

Andrew Blencowe: Two events made me think about writing a novel.

The first was reading an article in the Financial Times about the power of the philosophical novel. At the time I was trying to read Philosophical Investigations by Wittgenstein, and let’s just say it was an uphill struggle. The article, “What’s the big idea?” by Jennie Erdal described how the novel is a more practical way of describing philosophical ideas rather than the frigid and austere textbook layout.

The second event was reading The Forgotten Man: A New History of the Great Depression by Amity Shlaes. Prior to reading this book, I had the “normal, commonsense” view of the Depression — naughty and rapacious Republicans saved only by the patron saint FDR. Shales destroyed this shibboleth.

I also found Stephen King’s On Writing to be a splendid guide for the neophyte.

ACT: Who are some of your influences?

AB: Great writers are always any writer’s strongest influence; the acolyte attempts to emulate the master. My list of admired writers is typical, some are: Le Carré, Conrad, Hemmingway, Stephen King, as well as many English historians, such as John Keegan, Adam Tooze, and Niall Ferguson.

ACT: Where did the idea for The Last Bastion of Civilization come from?

AB: The strongest source was living in Tokyo for five years. Tokyo today — in 2016 — is a wondrous return to the glories of Paris in the 1950s, tinged with the inherent politeness of Hollywood movies from the 1930s. Japan is unlike any other country, and this disparity in actually increasing. Yes, there is constant chattering from western left-wing know-it-alls, but the Japanese (always politely) dismiss this drivel. Bizarre notions and fantasies such as “multiculturalism” are seen in Japan for what they truly are: a failed attempt to rationalize earlier catastrophic errors. One example is England opening its doors in the 1960s to a tidal wave of the detritus of the Empire; the whirlwind is now being reaped; Rochdale is just one instance of the ever-growing disaster that is England today.

ACT: What sort of research did it require?

AB: Mostly simply, reading The Economist and FT. While both are left-wing mainstream publications that tout the conventional argument of the basic efficacy of big government and the wonders of central banks (as opposed to the free market). But both are well-written, especially The Economist.

ACT: Do you think it a possible future for our world? Or perhaps only parts of it? Or do you consider it more of an allegory for the way the world is going?

AB: Bastion is not an allegory, it is a prediction. Already just 18 months later, some if its predictions are coming true. One implied theme in Bastion is the idea that America as she lives and breathes today is about 60 years old. Sixty years ago America was white, male, and almost all protestant; a few Jews and the occasion Catholic were allowed into the halls of power, but mostly just to provide light entertainment with their amusing ethic quirks and foibles. Of course, homosexuality was an abomination. And sixty years ago this homogeneity made American self-confident and the sole superpower. Today, America is sick and ailing. Blaming Trump and Sanders is like blaming aspirin for a fever. These two men are simply symptoms of how most Americans see their country: collapsing.

ACT: Will this current, new America survive another fifty years?

AB: I very much doubt it.

ACT: Do you feel you’ve put a lot of your own thinking and philosophies in this book or is it strictly a work of invented fiction?

AB: Bastion and the earlier Goddess of Fortune are my world view masquerading as fiction.

ACT: What do you hope people get out of reading The Last Bastion of Civilization?

AB: The goal of Bastion is to make people doubt and think; conventional wisdom is just that, which is why it is an impediment to thought. According to the FT and The Economist, everyone knows the Euro is a good idea and Europe’s only hope to survive; these are typical of conventional notions and are actually complete wrong, but they rule because most people believe them. The Euro is just one example; another is the truly insane notion that the massive Muslim holocaust flooding Europe today is good idea — aging European demographics, etc.

ACT: What are some of your favorite books?

AB: Well-written novels and twentieth century history. I was told of Stephen King “his books are just for women.” Having read his wonderful On Writing, I decided to read a few of his novels and I found them wonderfully crafted; as usual, the snobs were wrong.

ACT: What do you like to do in your spare time?

ACT: If you could live at any point in time, be it in the historical past, now, or future, when would it be and why?

AB: The present time in Tokyo is a convenient and interesting place to wryly watch the destruction of the West, which is happening far faster than ever I imagined.