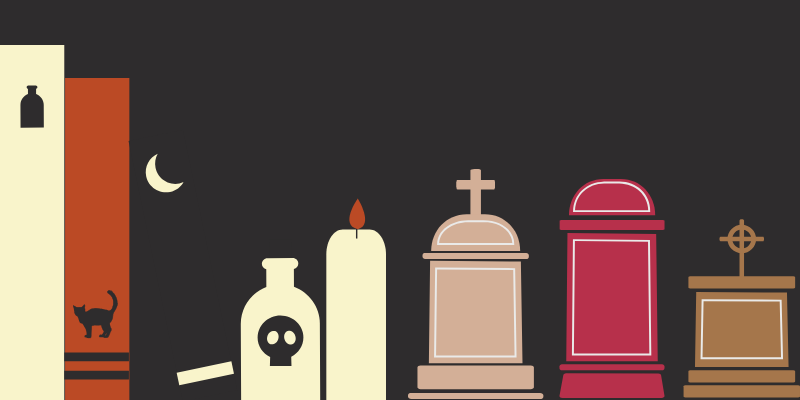 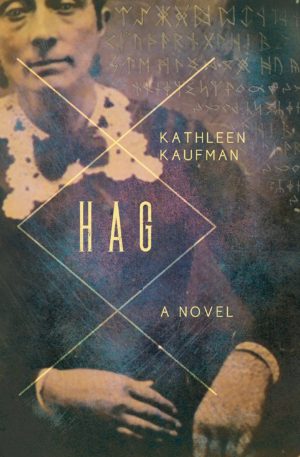 Hag: A Novel, by Kathleen Kaufman
Kathleen Kaufman’s Hag is a superb novel of heritage and struggle while also being a witch story that breaks the mold. Ham-fisted spookiness or ethereal nonsense is replaced by evocative settings and authentically earned emotion.”

The Witch Elm: A Novel, by Tana French
“The book was well written, with excellent attention to the smallest of details. From the smell of the hospital to the interactions each character had with one another, it was easy to picture each scene and become enveloped in what was happening. A surefire recommendation to anyone who loves a great suspense novel.” 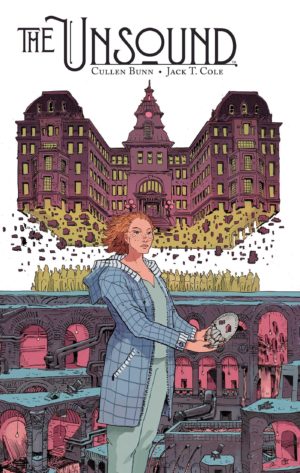 The Unsound, by Cullen Bunn and Jack T. Cole
“This was a genuinely surprising and suspenseful graphic novel that explores questions ideas of reality, sanity, and the legacy of trauma. But, for all the darkness of those themes, the novel still reads like a good ghost story. And it’s told with the same visual skill and suspense of a horror movie.” 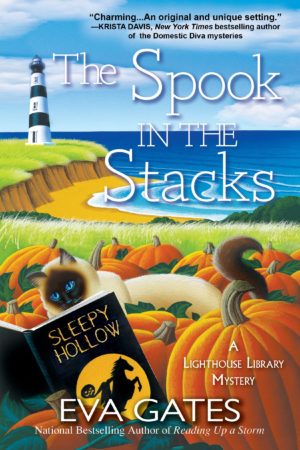 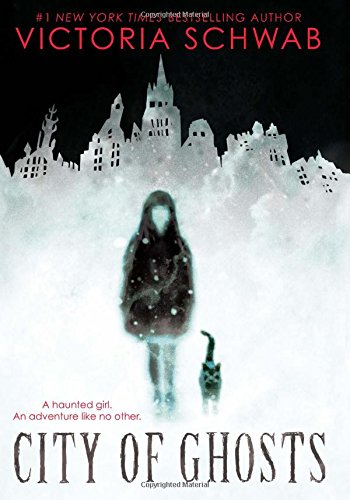 City of Ghosts, by Victoria Schwab
“Cass’s parents are a little odd. They write books about paranormal activity, though they haven’t ever seen any ghosts. Cass, however, can see ghosts, ever since she almost drowned.” 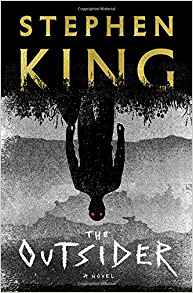 The Outsider: A Novel, by Stephen King
“The first couple hundred pages of this book read like a really good murder mystery à la John Grisham with twists and turns and red herrings, and then BLAM, here comes Stephen King with his trademark creepy horror stuff…You’ll want to keep the doors locked and the lights on.” 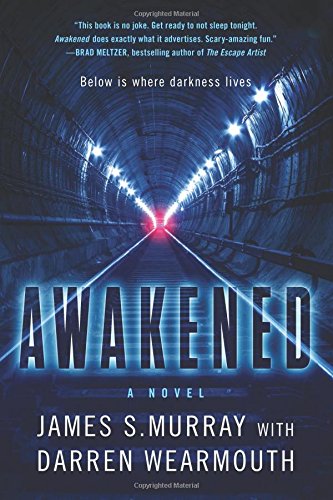 Awakened: A Novel, by James S. Murray and Darren Wearmouth
“This book was fantastic, exactly what I’m looking for in a horror story. Personally, I love creature horror stories the best. I thought the authors did a great job writing this story. It has some plausibility as well as outrageousness that make it fun.” 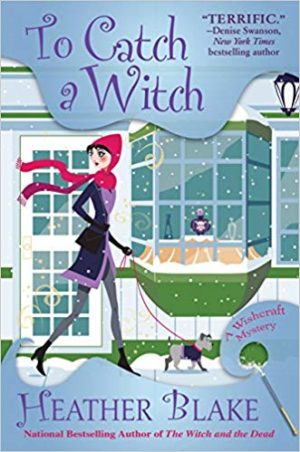 To Catch a Witch: A Wishcraft Mystery, by Heather Blake
“Bringing to life a vivid and charming world of magic with secrets, family, traditions, and familiars, To Catch a Witch is a magical mystery with a touch of whimsy, a dash of humor, and a lot of heart, with charming and delightful characters.” 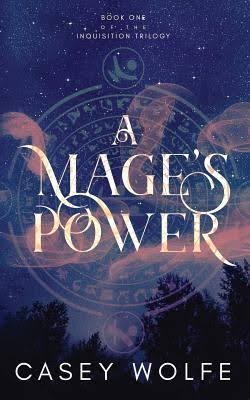 A Mage’s Power, by Casey Wolfe
“Rowan is a gifted mage, looking to master all five aspects of magic. Shaw is an undercover operative in the Inquisition, a movement originally meant to regulate magic users and protect humans but that has since been corrupted. Caleb is a promiscuous werewolf.” 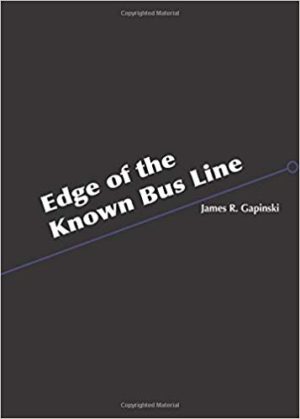 Edge of the Known Bus Line, by James R. Gapinski
“Our protagonist steps onto a bus that carries her far past any place she should have gone. Her journey brings her not just to another part of town but to what feels like another world entirely, a slum populated by cults and cannibals, where she must choose between protecting her humanity and protecting her life.” 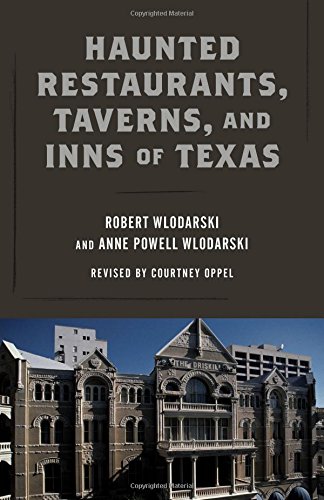 Haunted Restaurants, Taverns, and Inns of Texas, by Robert Wlodarski, Anne Powell Wlodarski, and Courtney Oppel, Editor
“The state of Texas is huge, and, consequently, the stories of such happenings are many. Looking for a headless railroad man swinging his lantern as he searches for his head?” 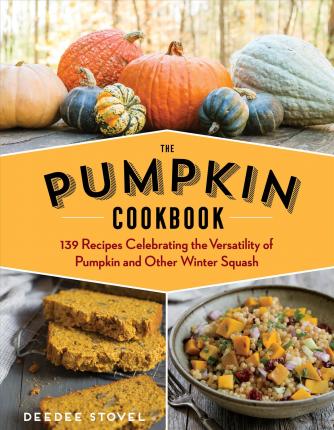 The Pumpkin Cookbook, 2nd Edition: 139 Recipes Celebrating the Versatility of Pumpkin and Other Winter Squash, by DeeDee Stovel
“She offers many good ideas for using pumpkin (e.g. using baked mini pumpkins cut in half as serving containers), and nearly every one of her many recipes uses either fresh or canned pumpkin…” 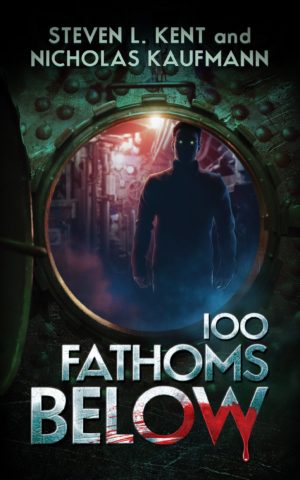 100 Fathoms Below, by Steven L. Kent and Nicholas Kaufmann
“[M]ore than a hundred men are trapped in a tiny space miles below the surface. That element of being encapsulated while being stalked by something with inhuman strength really added to the horror. There were some really tense moments when characters you admired for their bravery seemed like they might not make it out alive…”

For Kids and Teens 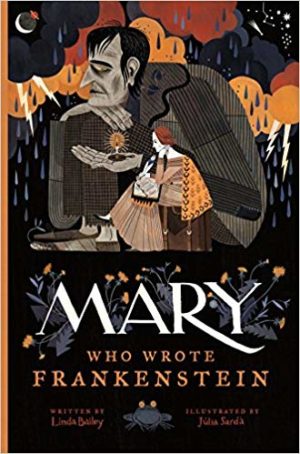 Mary Who Wrote Frankenstein, by Linda Bailey and Julia Sarda, Illustrator
“Mary likes to daydream, and she learned to read by drawing letters on the gravestone of her mother. Her mom and dad were thinkers. Mary was only kinda happy at home; she ran away with a poet. Mary wrote a book about Frankenstein.” 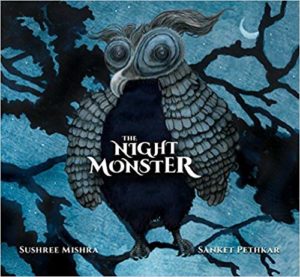 The Night Monster, by Sushree Mishra and Sanket Pethkar, Illustrator
“There is so much to love about this book! It’s such a great idea: writing to what you fear. I think this is a helpful exercise for kids. The illustrations are artistic and interesting.” 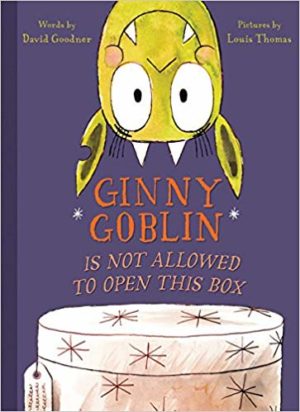 Ginny Goblin is Not Allowed to Open This Box, by David Goodner and Louis Thomas
“Goodner’s wry, fanciful hypotheticals illustrate the many ways in which Ginny is forbidden to open the mystery box in question. She cannot, for instance, ‘catapult little goats at the top of the shelf to knock the box down’ nor ‘chop down the frightful forest,’ which has been (hypothetically) placed between her and the box.”

Mother Ghost: Nursery Rhymes for Little Monsters, by Rachel Kolar and Roland Garrigue, Illustrator
“Geared for the youngest readers, humor is woven in with the spooky…Illustrations are done in night darks and spooky purples to support the scary poem re-writes. They often tell another story beyond the re-written one, as when the dog in ‘Old Mother Hubbard’ hilariously runs away with arm and hand bones.” 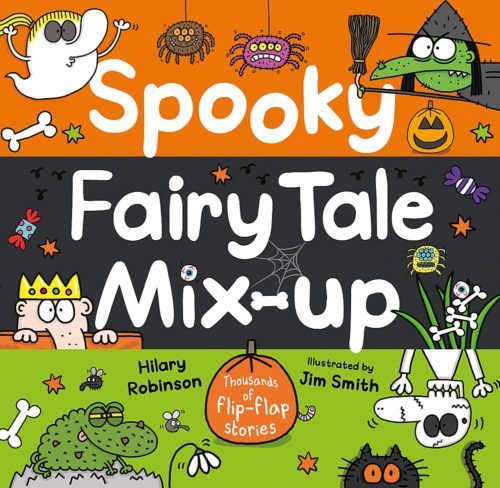 Spooky Fairy Tale Mix-up: Hundreds of Flip-Flap Stories, by Hilary Robinson and Jim Smith, Illustrator
“This would be a fantastic gift for kids at Halloween or any time of year if you know kids who like a good scary and silly story! I have a lot of favorite parts, so I can’t list them all, but one example is how Goldilocks is called Ghostilocks!” 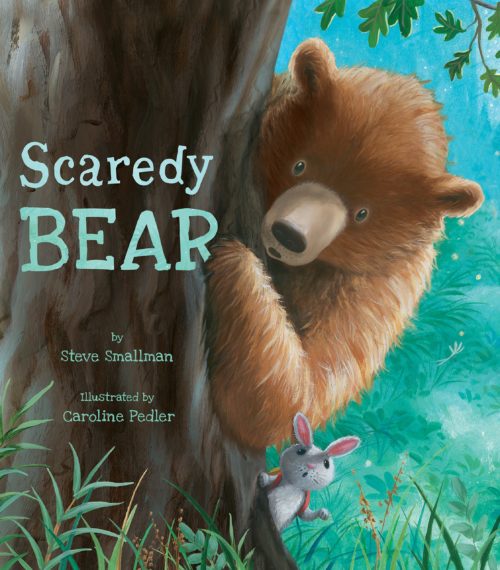 Scaredy Bear, by Steve Smallman and Caroline Pedler, Illustrator
“I give this book 100 stars. Scaredy Bear is so cute. It’s so funny. That bear doesn’t even know that he is “The Big Hairy,” and I love that little Bob is so little and brave.” 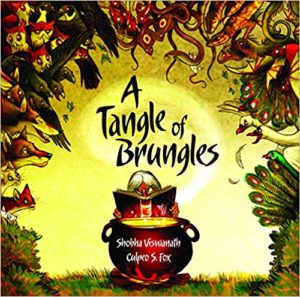 A Tangle of Brungles, by Shobha Viswanath and Culpeo Fox, Illustrator
“Witches gather on a dark night. One of the witches announces she wants to be married. She tells the others they must create a brew and a spell that will conjure a Brungle, a being she wishes to wed. Of course, a magical brew such as this requires a great many creatures to be part of it.” 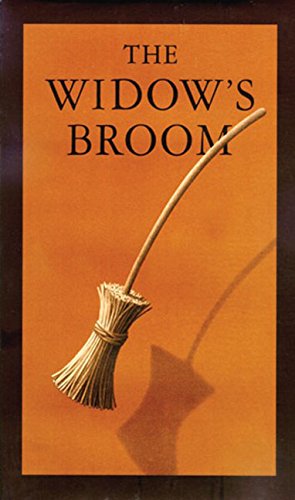 The Widow’s Broom, by Chris Van Allsburg
“I’d like a broom like that. I’d teach my broom to put away the dishes and play games with me. This is a good book to read anytime.” 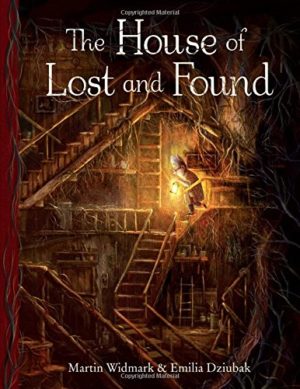 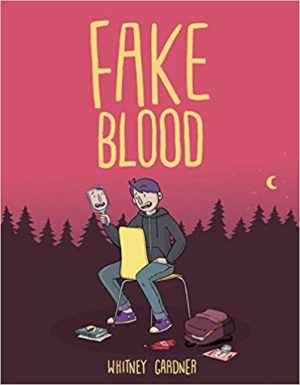 Fake Blood, by Whitney Gardner
“Fake Blood is a funny graphic novel about a boy named AJ, who has a crush on a girl named Nia, who is obsessed with vampires. While Nia and AJ work on their school country project, which is, of course, Transylvania, AJ realizes if he acts and dresses like a vampire it might impress Nia…” 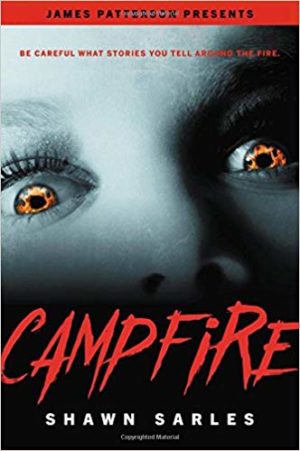 Campfire, Shawn Sarles with a foreword by James Patterson
“Finally a decent thriller! Campfire was an awesome read. This book kept me guessing until the very end–something I cannot say for the majority of YA fiction.” 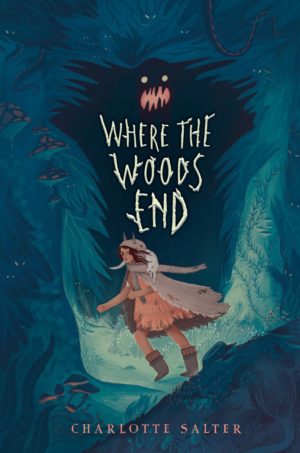 Where the Woods End, by Charlotte Salter
“Where the Woods End is a strange and scary story about facing fears. That’s why it’s scary! A brave girl named Kestrel lives in an endless forest full of monsters with her best friend, Finn, and her weasel, Pippit. All she wants to do is escape the forest, but no matter what she does, she can’t find the way out.”