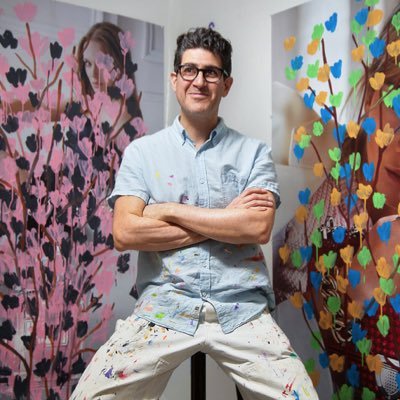 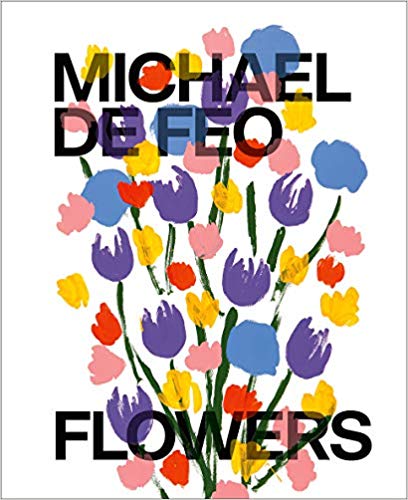 Booksmith hosts artist Michael De Feo for his only San Francisco event as he presents his book Flowers. Please join us!

As an art student in 1993, Michael De Feo drew a simple bloom that became a familiar and welcome presence in New York after he spent countless nights pasting hundreds of versions of it all over the city’s building walls. Twenty-five years later, these flowers have been sighted in more than 60 international cities. His street works took a new direction in 2015 when a guerrilla art collective provided him access to the cases that protect bus-shelter ads, enabling him to launch a beautiful campaign of his blossoms on top of fashion ads. His art has taken many forms, including a substantial body of studio work inspired by Dutch 17th-century paintings and another series which married floral themes with Pre-Raphaelite and Victorian portraiture. De Feo’s colorful and lively book reproduces more than 200 of his flower-inspired images and features commentary from a diverse group of people who have supported his often-clandestine work.

Artist Michael De Feo’s work has appeared in museums and galleries throughout the world. He has been profiled in the New York Times, Vogue, and New York magazine, and he has undertaken collaborations with Neiman Marcus, Christian Louboutin, J. Crew, and Friends of the High Line. He lives in Manhattan.