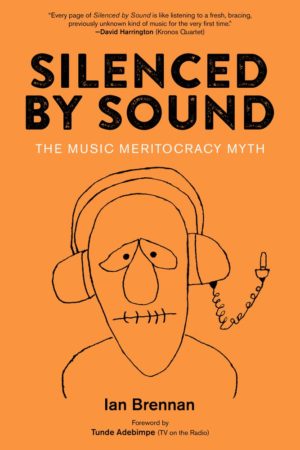 Ian Brennan in conversation with Kevin Army about Silenced by Sound: The Music Meritocracy Myth at Moe’s Books in Berkeley, CA on Tuesday, February 4th at 7pm.

“Silenced by Sound is a powerful exploration of the challenges facing art, music, and media in the digital era. It is “full of wisdom from someone who cares deeply about the power of real music.”—MOJO

Ian Brennan is a Grammy-winning music producer who has produced three other Grammy-nominated albums. He is the author of four books and has worked with the likes of filmmaker John Waters, Merle Haggard, and Green Day, among others. His work with international artists such as the Zomba Prison Project, Tanzania Albinism Collective, and Khmer Rouge Survivors, has been featured on the front page of the New York Times and on an Emmy-winning 60 Minutes segment with Anderson Cooper reporting. Since 1993 he has taught violence prevention and conflict resolution around the world for such prestigious organizations as the Smithsonian, New York’s New School, Berklee College of Music, the University of London, the University of California–Berkeley, and the National Accademia of Science (Rome).