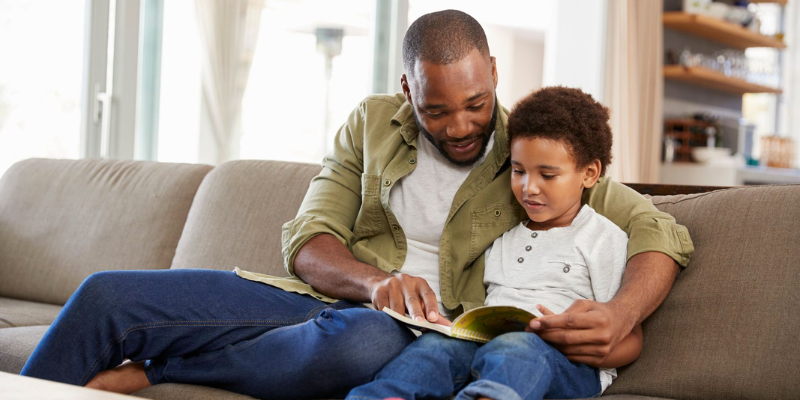 Despite covering decidedly different subjects and featuring various artistic styles, the five picture books included in this roundup all highlight the wonder and charm of the format. Children ages four to eight will be entranced by the tales in these books, whether they read them themselves or have them read as bedtime stories. 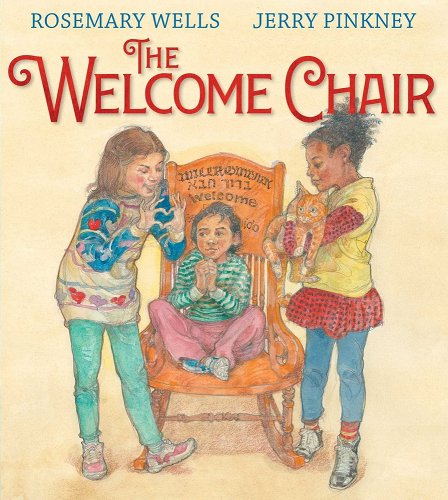 In the early 1800s, a young German boy named Sam Siegbert discovers that he has a talent for woodworking and is determined to become a carpenter, much to his father’s displeasure. Sam’s love for carpentry endures despite the obstacles he faces, and when he moves to the United States some years later, one of his first tasks is to craft a wooden rocking chair with “Willkommen” (“Welcome”) carved on the back. The chair remains in Sam’s family for four generations, welcoming various new arrivals over the years, with “Welcome” being added in a new language each time. Rosemary Wells has based the plot of The Welcome Chair, which features illustrations by Jerry Pinkney, on her own family history and the journal kept by her great-great-grandfather, a German Jew who moved to the United States toward the start of the 1800s. He actually crafted a wooden chair that remained in the family for decades before being mislaid. In an effort to keep the memory and spirit of the chair alive, Wells has imagined various scenarios in which it has impacted the lives of new owners from around the world. 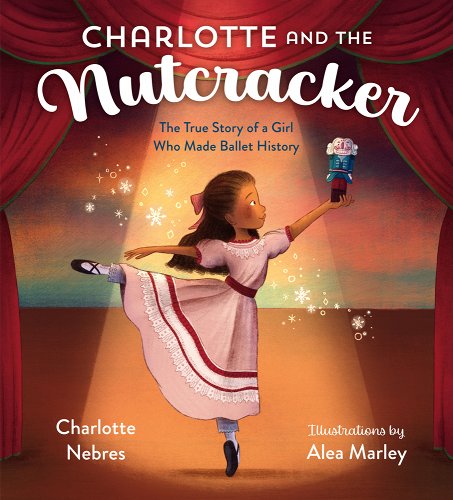 Charlotte and the Nutcracker: The True Story of a Girl Who Made Ballet History
by Charlotte Nebres
Random House Books for Young Readers, 40 pages, $17.99

Written by Charlotte Nebres and illustrated by Alea Marley, Charlotte and the Nutcracker tells the real-life story of twelve-year-old Nebres’ experiences as the first Black ballerina to dance the role of Marie in a New York City Ballet production of The Nutcracker. As the only thing Nebres loves more than dancing is Christmas and all the magic of the holiday season, she jumps at the chance to play Marie in the much-loved festive ballet. However, it takes a whole lot of work to be a professional ballerina and Nebres has to dedicate numerous hours to practicing her positioning and perfecting her jumps. It’s hard work, but she loves it. Plus, with the support of her Trinidadian and Filipino family, the encouragement of her sister, and the presence during performances of her mother and father, there’s no way she won’t succeed with everything she tries. Nebres’ dedication and resilience shine through on the pages of this inspiring story. 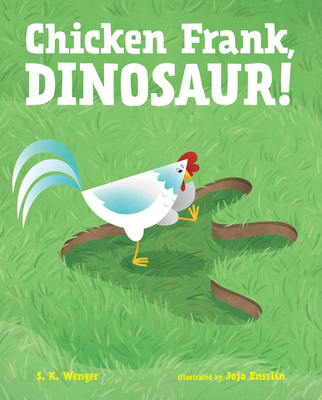 Chicken Frank is convinced that he’s a descendent of the mighty Tyrannosaurus rex, the scourge of the Upper Crustaceous period, but none of the other farmyard animals believe him. Why not? Well, pretty much because he’s a chicken, and chickens seem to be about as far away from dinosaurs as its possible to get. Despite the mocking, Chicken Frank is determined to prove his dinosaur lineage and so orders a DNA test, banking on the results confirming his ideas about evolution in general and the connection between birds and dinosaurs in particular. S.K. Wenger’s Chicken Frank, Dinosaur! is an amusing and engaging story with a solid educational message about the science of evolution. The bright and humorous illustrations complement the text of the story really well, and children are sure to be both entertained and informed as they read it. 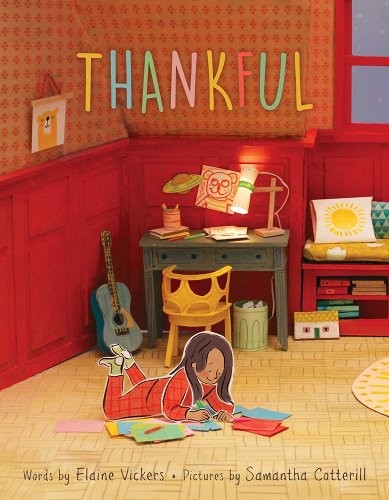 As the first snow of the year starts to fall, a young girl tears pieces of paper into strips, writes all the things she’s thankful for on them, and then links them together into a paper chain. Then, as one thankful thought leads to another, the paper chain grows longer and longer and the little girl starts to realize just how much she has to be grateful for. Among the many wonderful things in the little girl’s life that make her happy are a dear friend, parents who take the time to read her stories, a home where she is safe and secure, things that are hot and things that are cold, all the amazing colors of the world, and that fact that pretty much everything can be fixed. Thankful by Elaine Vickers is a charming tale of gratitude that stresses the importance of recognizing and celebrating all the little joys that make life living, even those that might not appear quite so joyful at first. The unusual diorama-style illustrations give the book a unique and playful feel that is sure to appeal to young readers as they follow the little girl’s journey of thanks. 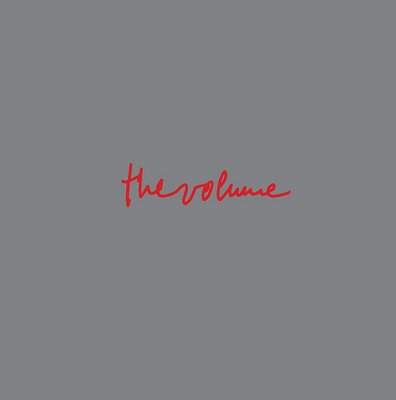 On a dark, dark night a long, long time ago, the explosion from the Big Bang launched a little dot off into space. At that time, space was empty, and although the dot traveled and explored as much as it could, it did not encounter any other beings. Feeling lonely, the dot split into two, which was fun until the two dots got bored of each other. In an effort to overcome their boredom, the two dots multiplied themselves until they were able to form a line. From there, the line multiplied itself until it became a surface and then the surface multiplied itself until it became a volume. One line chose to branch off from the volume and went on to explore the concepts of shape, color, and pattern, which eventually led to the creation of writing and art. Luis Camnitzer’s The Volume offers a whimsical exploration of the concepts and techniques that form the foundation of life and art. It’s a wonderfully illustrated and mind-boggling work that’s sure to spark conversations among youngsters interested in discussing the magic and mystery of artistic expression.