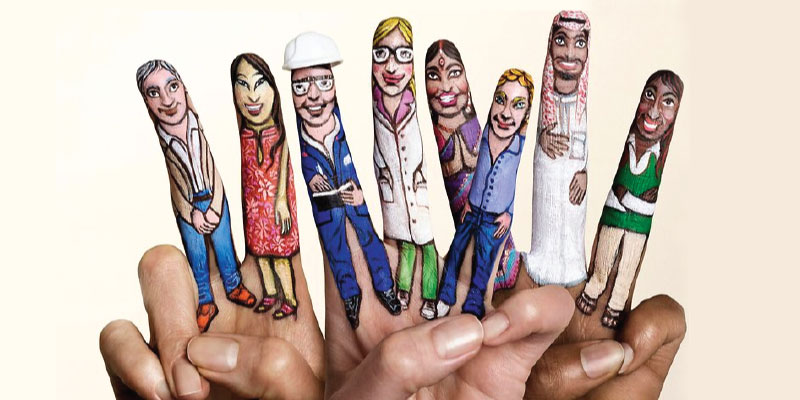 By Annette Windhorn and Peter Perez

The people and cultures of the western United States have long embraced the diverse, challenged the status quo, and recognized and given voice to radical, challenging, and trailblazing ideas and research.

University presses located in the region, including the 125-year-old University of California Press, have often made books concerning the West a foundational element of their publishing programs. They seek out and promote local and regional insights on many different subjects, drawing attention to issues that often ultimately influence national consciousness.

As the annual University Press Week draws to a close, let’s take a look at a few books with a uniquely Western perspective, demonstrating how western university presses amplify knowledge at home and across the country.

The West, as the rest of the country, can be characterized as a meeting place for peoples of different cultures and languages, and university press books reflect those diverse encounters, resulting accommodations, and cultural persistences.

Stanford University Press’s memoir of World War II journalist Jimmie Omura, Nisei Naysayer; the University of Arizona Press’s Naming the World: Language and Power among the Northern Arapaho, by Andrew Cowell; and Oregon State University Press’s Embracing a Western Identity: Jewish Oregonians, 1849-1950, by Ellen Eisenberg, among other works, expand the idea of what it has meant to be Western and American.

An American Language: The History of Spanish in the United States by Rosina Lozano, published by the University of California Press, traces how the Spanish language bound residents of the Southwest to the politics and culture of an expanding nation in the 1840s, giving way to struggles over power, identity, and citizenship that transformed the place of the Spanish language in the nation.

And a new, 2-volume primary-source reader, Shaped by the West: A History of North America, collected by historians William Deverell and Anne F. Hyde and also published by the University of California Press, rewrites the history of the United States through a western lens and examining how America’s expansion west animated issues of democracy, politics, race, freedom, and property.

Rugged natural spaces are also integral to the Western, and distinctly American, character. The incorporation and protection of those spaces into national parks and federally managed lands is a significant part of our regional and national history, as demonstrated by the lavishly illustrated Carleton Watkins: Making the West American, published by the University of California Press. In it, author Tyler Green describes the birth of the national park concept with Yosemite’s establishment as a national preserve, motivated by Watkins’s pictures.

Adding valuable local context to the current debate over designation of a new national monument, Voices from Bears Ears: Seeking Common Ground on Sacred Land, by Rebecca Robinson and photographer Stephen E. Strom, allows us to both hear and see the people whose lives are intertwined with this special place, through the stories of twenty individuals. This work is only the latest offering from the University of Arizona Press to consider culturally important western spaces and national parks.

And land and water uses are continuing points of contention and negotiation, as examined by Oregon State University Press’s Sagebrush Collaboration: How Harney County Defeated the Takeover of the Malheur Wildlife Refuge, by Peter Walker (considering the 2016 militant takeover led by Ammon and Ryan Bundy), as well as Unsettled Waters: Rights, Law, and Identity in the American West by Eric P. Perramond, published by the University of California Press and focused on adversarial, expensive, and lengthy lawsuits in New Mexico.

And, finally, Western entrepreneurs are on the forefront of exploring the new shared economy. The University of California Press’s Uberland: How Algorithms Are Rewriting the Rules of Work by Alex Rosenblat examines how this Silicon Valley start-up has become a juggernaut of the sharing economy—promising drivers the opportunity to be entrepreneurs, but managing them with algorithms and treating them like consumers—and has upended our expectations about what it means to work in a society mediated by technology.

University presses have the luxury of exploring the geography, history, and people of a particular region, and the result is stories that one can’t find anywhere else. By publishing these books, university presses hope to illuminate lives and cultures beyond those the readers may have experienced, making bookshelves richer for everyone.