Bruce Stuart, Author of The Lightening Round 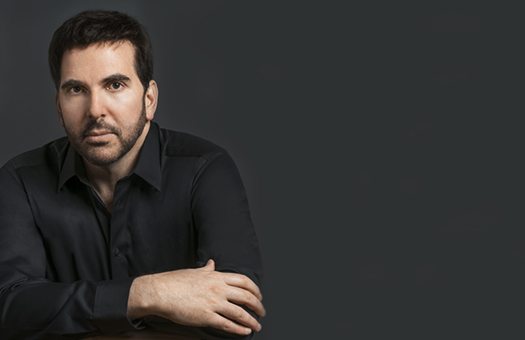 Q: How did you come up with the concept for Ultimate Level?

Bruce Stuart: Who amongst us hasn’t struggled to put on a pair of jeans that are just a size too tight? My life has been marked with several different periods of gaining and losing weight. I actually had a life-changing experience some years back as a relatively overweight man when I ended up losing a large amount of weight in a relatively short time period, which showed me how others reacted to me at different weights. That, coupled with my gym, which grouped classes based on athletic abilities and the current wearables craze, proved fertile ground for the birth of Ultimate Level and consequently The Lightening Round.

Q: Who would be your ideal actress and actors to play Hannah, Levreece, and Phineas?

BS: Hannah More who would be played by Amy Schumer. Levreece Monroe would be played by Tituss Burgess from the television series Unbreakable Kimmy Schmidt. Phineas would be played by Zac Efron. (Please Note: I am aware that is presently very buff, but in The Lightening Round, he would start out a bit heavier and get more physically fit as the movie progresses.)

Q: Do you plan to create a series about Ultimate Level featuring some of the other characters?

BS: Yes. The Lightening Round originated as a serial on the serial fiction website, SerialTeller.com. Because the novel began as a serial, it was written with a complete arc in mind as to Hannah’s progress through Ultimate Level, as well as the progress of those characters around her.

Q: What was the hardest part of writing The Lightening Round?

BS: As someone who has battled weight issues most of my life, I identify with a number of characters in this novel. The scene where Hannah is still completely in denial that she needs to do something about her current situation while she is with Levreece in Missy’s office was challenging to write because I have been exactly where Hannah was sitting– unfortunately, on more than one occasion. It can be very painful to recall what it is like to be on “Level 1” simply because of our outward appearance.

Q: Who was your favorite character? Why?

BS: Hannah is my favorite character, not simply because she was the novel’s main character, but because she evolves throughout the story. Hannah shows how many of us conceal dreams that are so out of reach (such as even being treated decently by a handsome man) that the only way they can be expressed is through a log in her wearable “Reveal.”

Q: Is there an underlying lesson or moral you are trying to convey to readers?

BS: Although the novel was not written with a moral in mind, there were a few questions I was addressing in this novel:

Why do we as human beings often group ourselves according to physical appearance, the schools we attend, and a host of other things, and what is the impact of this grouping on our romantic lives and who we end up with?

What happens if a person falls in love with someone with whom he or she has a lot in common, and then one of them either “falls” or “rises” to a different “level?” How will that affect the relationship

Q: What inspired you to write your first book?

BS: The Lightening Round is my first published novel. I was inspired by the reaction to the serial of the same name that I was writing pseudonymously on SerialTeller.com.

Q: What book do you wish you could have written?

BS: The Princess Bride by William Goldman. This is an elegantly written novel with heart and an incredible sense of humor.

Q: What is something memorable you have heard from a reader/fan?

BS: As I stated earlier, it all started with the serial. Readers would begin by saying they liked that “serial about the gym.” As a novel, many readers have commented that Hannah’s journey resonates with them and it has actually motivated them to take better care of themselves through more attention to their nutrition and exercise. And, with obesity currently one of this country’s leading health issues, I think that is a very good thing!

Q: How can readers keep up with you and your future projects?

BS: Readers are able to keep up with me and my future novels by reading my postings on SerialTeller.com. 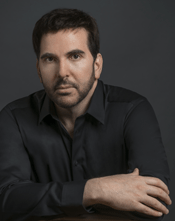 Bruce Stuart is the author of five books and is the founder of the popular serial fiction website, SerialTeller.com. The Lightening Round was originally published as a serial on SerialTeller.com under the pseudonym  K.T. Newman.