To the Bright Edge of Eowyn Ivey’s World 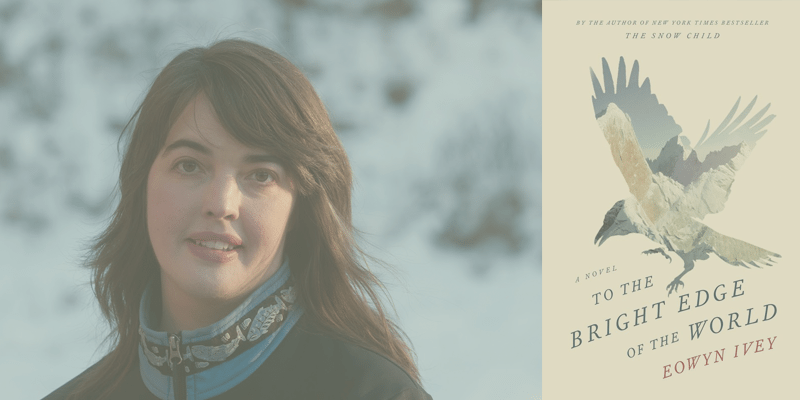 At a book signing event last October, the greatly admired Alaskan writer, Eowyn Ivey (pronounced “A-o-win”), spoke at Book Passage in San Francisco’s Ferry Building about her enticing new book, To the Bright Edge of the World. It is an epistolary novel published in hardcover on August 2, 2016, by Little Brown and Company. Ms. Ivey’s stunning debut novel, The Snow Child (2012), was a New York Times Bestseller, finalist for the Pulitzer Prize, and winner of the UK National Book Award. It has been published in more than twenty-five languages and thirty countries. Fans awaiting her new endeavor will not be disappointed. 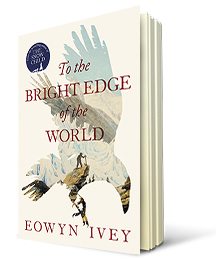 Its genesis is this: While employed as a bookseller at Fireside Books in Palmer, a town of 5,000 people fifty miles north of Anchorage, Ivey was privy to all the treasures that a store selling old, rare books might hold, and was allowed by the owners to take them home overnight for further scrutiny. It is easy to imagine her doing so, for she is a tall, thoughtful and well-spoken young woman who wears her curiosity on her sleeve. A particularly unusual book piqued her interest: a military report detailing the 19th Century explorations of Henry T. Allen & Co., whom Ivey calls “Alaska’s Lewis and Clark.”

Allen was a 34-year-old lieutenant commissioned to the cavalry, just three years out of West Point, when he devised a plan to explore the Tanana and Copper Rivers, two of the biggest unmapped rivers in Alaska, with three other men. The expedition was funded by the Army with $2,000 and launched into the wilderness. They met native peoples who had never seen white men before, encountered customs and beliefs they could never have imagined, discovered new flora and fauna, and learned much from the native peoples, such as how to build and navigate skin boats upriver (losing many of their provisions along the way). The trip was extremely arduous through rugged terrain, with little food in freezing rain. They succeeded in charting the Copper River and one of the highest mountain ranges in North America, but their intentions to explore the Tanana River were curtailed when two of the men were stricken by scurvy as a result of their abysmal diet. They sought help at a trading post 560 miles away (not your average jaunt to the doctor). In the five months of their 1885 adventure, they explored 1,500 miles of wilderness, and all survived. Allen went on to become a Major General in the Army before his retirement in 1923. He is buried at Arlington National Cemetery.

Ivey, who said she was inspired by Charles Frazier’s Cold Mountain, was enchanted by the report and dug deeper. She studied the mythology of the native peoples whom the men might have encountered. She discovered documents, maps, and the original journals from the expedition in the Fairbanks Library. A plot began to emerge for her new novel, involving a fictional couple and a rugged expedition, described on the book jacket as follows: “Colonel Allen Forrester leads a small band of men on an expedition that has been deemed impossible: to venture up the Wolverine River and pierce the vast, untamed Alaska Territory. Leaving behind Sophie, his newly pregnant wife, Colonel Forrester records his extraordinary experiences in hopes that his journal will reach her if he doesn’t return—once he passes beyond the edge of the known world.”

We asked Ivey about her writing process. She said she starts with an idea for a plot, which can spring from a true story or a fairy tale, as her first novel did, and characters are born. She begins to generate a rough outline as her factual research proceeds, and the magic starts. Her imagination is sparked and she begins to write, branching off from her outline as the story dictates. She said she does not have a formula or a rigid routine, although her family and the success of her first book do perhaps provide her with the freedom to work as needed. She becomes enmeshed in the world she is creating and is taken on her own expedition into uncharted territory.

Long before she landed a publishing contract, and, in order to fulfill the vision she had for her new work, Ivey commissioned the creation of the magnificent map which now appears at the front of To the Bright Edge of the World. She also gathered and secured the rights to numerous drawings and illustrations for the luscious 417-page book, depicting characters, animal tracks, scenery, and artifacts of the times to vivify the story. Eowyn Ivey’s journey into the mythical Wolverine River territory now complete, and made beautifully tangible by Little Brown and Company, we readers are the fortunate beneficiaries of a great writer’s prodigious gifts and impressive tenacity.

JENNIFER DWIGHT is a San Francisco Bay Area author. Her books include nonfiction legal works and a suspense novel, The Tolling of Mercedes Bell, which was a finalist in the 2016 Indie Next Generation Awards for Thriller and Suspense. The San Francisco Book Review called it “an unforgettable page-turner – a must-read by all!” It has also received excellent reviews from Suspense Magazine, Sunset Magazine, the Portland Book Review, Coastal Living Magazine, Kirkus Reviews, Working Mother Magazine, Brit + Co, BuzzFeed, The Reading Room, and many on-line review blogs. Please visit her website, where there are links to her writings, social media, and information about her upcoming events.